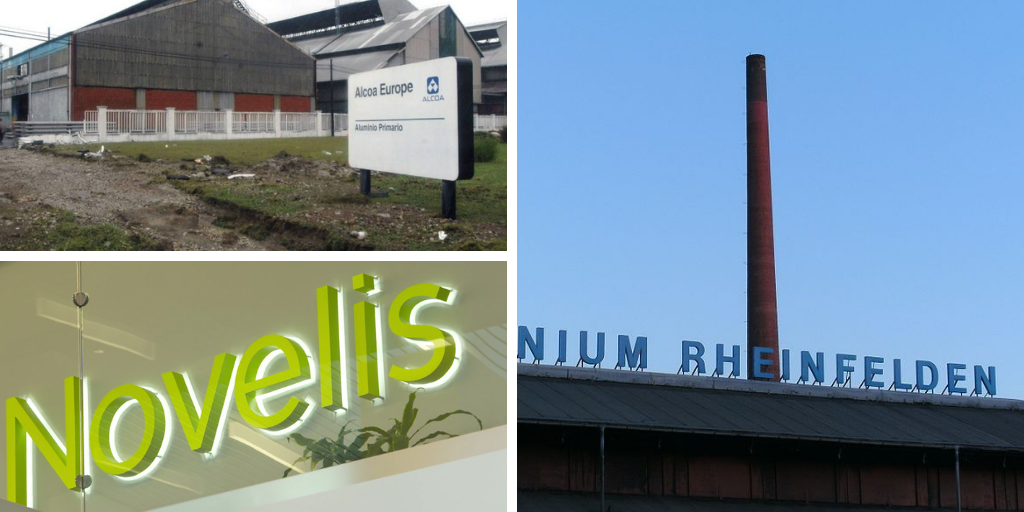 Among the latest main news: Aluminium Rheinfelden mourns the death of its founder Dr. Alois Franke, Alcoa calculates the losses from the dismissal of its Spanish smelters, and Metal Exchange Corporations reinforces its presence on the European market. In the world, China’s Hongqiao plans to restart closed smelting capacity despite Beijing’s criticism for its environmental failures, India might soon become the world’s second largest aluminium producer, and Iran sees drop in aluminium production despite ambitious plans.

Rheinfelden Mourns The Loss Of Its Founder Dr. Alois Franke

Aluminium Rheinfelden – a FACE member – announced the death of its founder and partner Dr. Alois Franke who passed away at the age of 78 following a prolonged illness. The management of the company has been taken up by his daughter, Erika Zender.

Dr Alois Franke saved the struggling Alusuisse and founded Aluminium Rheinfelden in 1993, making it a leader in the #aluminium industry thanks to its innovative alloyshttps://t.co/IOCbVmiRiy

Alcoa released first quarter results, reporting a net loss of $199 million. The loss includes the impact of $156 million for special items, stemming from the planned closure of its two smelters in Spain. In March, Alcoa warned that it could shutter its third – and last – Spanish aluminium plant due to rising energy costs.

Last autumn, Alcoa shuttered two of its three #aluminium smelters in Spain. The third smelter is also at risk of closure https://t.co/3Kk3SN7SdY

Metal Exchange Corporation and Novellini Industries launched a new joint venture – novALmec. Based in Mantova (Italy), the newly formed firm will allow the American company to expand its aluminium billet supply capability on the European market.

Novelis hosted an opening ceremony for its upgraded aluminium beverage can facility in Ohio, which supplies global brands and expects the demand for cans to grow in future. Separately, the Atlanta-based firm announced that it was supplying Toyota with premium automotive body sheet for the all-new 2019 Toyota RAV4.

China’s engineering company CMEC will reportedly upgrade Tajik Aluminium Company’s (Talco) smelter – a backbone of the Tajik economy. The US$545 million refurbishment is set to improve production rates at the plant.

China Hongqiao – the world’s largest aluminium producer – will restart a portion of the illegal aluminium-smelting capacity it was forced to close in 2017. Meanwhile, China’s environment ministry slammed the Shandong province – where Hongiao produces its aluminium – for failing to comply with policies to cut coal consumption and prevent the growth of highly polluting aluminium output.

The Aluminum Association – a body representing aluminium production and jobs in the US – launched a new material registration. These standards are set to define chemical designation for aluminium powder used in the fast growing 3D printing segment, also known as additive manufacturing.

Novelis Seeks Tariff Exclusions For Its Products From Canada

Novelis said Trump’s aluminium tariffs on Canada were hurting downstream companies like its plant in Oswego. Novelis has to pay tariffs on the products it produces at its Canadian plant and imports into the US. “It really put a hurt on us, the tariffs, making it very difficult for us to ship back and forth across the border,” said the Oswego plant manager.

The Mexican government sent an official request for relief from Section 232 tariffs on aluminium and steel from the US government. Claiming that Mexican metals did not represent a national security threat to the US, Mexico City wants the tariffs removed which it claims is a requirement for the ratification of the recently negotiated USMCA trade deal.