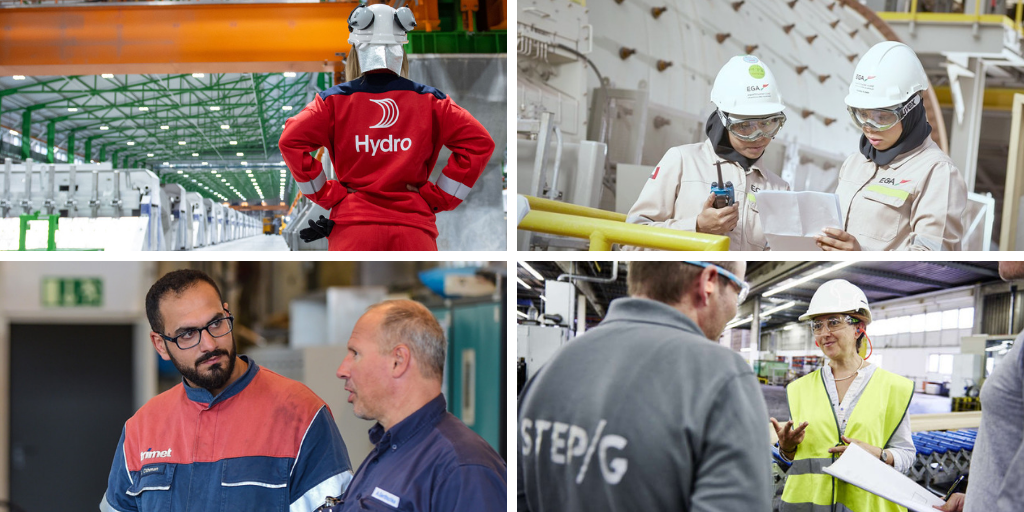 Among the latest main news: two Austrian aluminium companies go bankrupt, Trimet expands its aluminium scrap recycling capacity, Hydro to invest into new technology to offer advanced products to the automotive industry. In the world, Rusal teams up with Braidy Industries to construct a new aluminium rolling mill, EGA launches its first ever alumina refinery in the UAE, and Vedanta becomes the top aluminium producer in India.

Austrian packaging manufacturer Conseal followed in the footsteps of the aluminium processing company Alufix and entered insolvency last week. The companies cited difficulties in production and the fluctuating price of the raw material behind these developments.

Trimet put a new rotary furnace into operation at its Gelsenkirchen recycling plant. The new furnace, with a capacity of around 40 tonnes, allows the German company to move towards remelting more aluminium scrap into high-quality products at the time of increasing demand.

Hydro will upgrade its Husnes plant with new equipment to manufacture more advanced products for the growing automotive aluminium forging market. The 15.6 million Euro investment will allow Hydro Husnes to manufacture products like suspension arms and knuckles from 2020.

Norsk Hydro to install new tech at Husnes for production of advanced #aluminium products for the automotive markethttps://t.co/PM0CNPmiNv pic.twitter.com/M3duENJqgY

AMAG Announces Changes To Its Supervisory Board

During its annual general meeting, the AMAG Austria AG Metall elected three new members to the Supervisory Board: Dr. Wolfgang Bernhard, Peter Edelmann and Thomas Zimpfer. In addition, Herbert Ortner – a member of the Supervisory Board since April 2018 – was elected as the new Chairman of the Board.

Ensuring a level playing field in EU-China trade relations is crucial, argues David Martin MEP in The Parliament Magazine. China failed to transition into a market economy while being a WTO member and this means that European producers are not competing with the Chinese counterparts on an equitable basis. At the same time, Martin warns the EU to proceed with caution when it comes to Chinese investments in the Single Market.

The global #aluminium industry is a good example: China relies on state aid, environmental dumping to erode the market share of European companies. What can the #EU do to protect its interests? #EUChinaSummit https://t.co/4jaZz1HaSr https://t.co/mLSKureEyO

The EU has reportedly approached Jawaharlal Nehru Aluminium Research Development and Design Centre (JNARDDC), an Indian research centre dedicated to the service of the aluminium industry, to work together on the management of aluminium waste. According to JNARDDC Director Dr. Anupam Agnihotri, the EU is likely to sign a memorandum of understating (MOU) with the research centre this May.

EU To Start Formal Trade Talks With US

EU member states gave clearance last week to start formal trade talks with the United States. The EU Commission received two negotiation mandates – one to cut tariffs on industrial goods, the other to find easier ways for firms to prove their products meet EU or US standards. Meanwhile, the world’s two biggest trading powers threatened each other with new tariffs in Boeing-Airbus subsidies trade row.

Rusal and American manufacturer of aluminium alloys Braidy Industries plan to launch a joint venture to make flat rolled aluminium products in Kentucky. The mill will have an annual capacity of 500 thousand tonnes of hot rolled band and 300 thousand of finished cold rolled products. “The output from the mill will aid towards rebalancing the anticipated deficit of the auto body sheet in the US market,” Rusal commented.