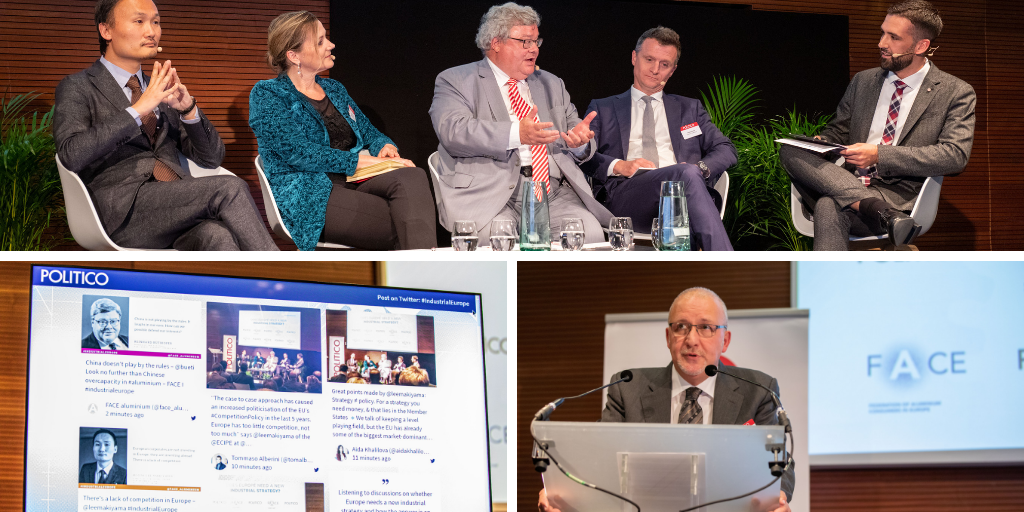 Among the latest main news: FACE held an event in Brussels to launch its campaign to end EU import tariffs on primary aluminium to keep EU SMEs competitive. In the world, Aluminum Association’s Heidi Brock decided to step down, an Australian smelter is struggling with rising energy costs, and American aluminium consumers see no effect on price after the US removed tariffs on Canada and Mexico.

Last week, FACE launched a campaign to request European authorities to lift import tariffs on raw aluminium. We kicked off our campaign with an event organised by Politico in Brussels, where we unveiled a study conducted by the LUISS University in Rome showing that EU raw aluminium import tariffs have cost up to €18 billions to EU SMEs. Download the study and learn more about how the tariffs threaten the competitiveness of the European downstream aluminium sector.

Three in four aluminium beverage cans are now recycled in the United Kingdom – up from around one in two in 2010 – according to the latest data from Alupro. While secondary aluminium production is growing around the EU, it is still not enough to meet the growing demand for the light metal. The downstream sector still needs to source its metal from overseas and pay EU import tariffs.

The Australian Portland aluminium smelter is struggling due to rising electricity and alumina costs and may require another taxpayer-funded bailout to stay afloat. Industry stakeholders urged the regional government to address soaring energy prices that seriously affect viability of energy intensive industries.

Aluminum Association’s Brock To Steps Down

Heidi Brock – President and CEO of the Aluminum Association – announced her resignation from the posts planning to leave the organisation later this year to join the American Forest & Paper Association. Brock joined the US aluminium trade group in 2011 and oversaw significant growth for the Association, including record membership levels.

It has been a privilege to serve as Pres & CEO of @AluminumNews, and I will miss working closely w/the exceptional team at the Association & the amazing representatives of our member companies. https://t.co/Ni0RQutBNc

Brazil experienced a sharp fall in primary aluminium production in April according to the country’s aluminium trade association Associação Brasileira do Alumínio. Brazilian smelters produced 20 per cent less primary aluminium in April compared to the same period last year. Abal comprises CBA, Alcoa, BHP, Albras and Novelis. The country has been losing its position in the global aluminium producer ranking despite its extensive mining, refining and smelting operations.

Indian trade group Confederation of All India Traders – CAIT – urged the government to lower the country’s goods and services tax on various products including aluminium utensils. It is the latest effort coming from India’s downstream aluminium sector to lobby the government for lower taxes on aluminium products.

American aluminium consumers are again calling for investigations into how aluminium prices are set after seeing no effect on price following the US move to remove tariffs on imports of aluminium from Canada and Mexico, writes Reuters’ Andy Home. He analyses regional and global dynamics to understand why the US downstream sector is paying high premiums for aluminium.