Aluminium in Europe Newsletter: May 14-20 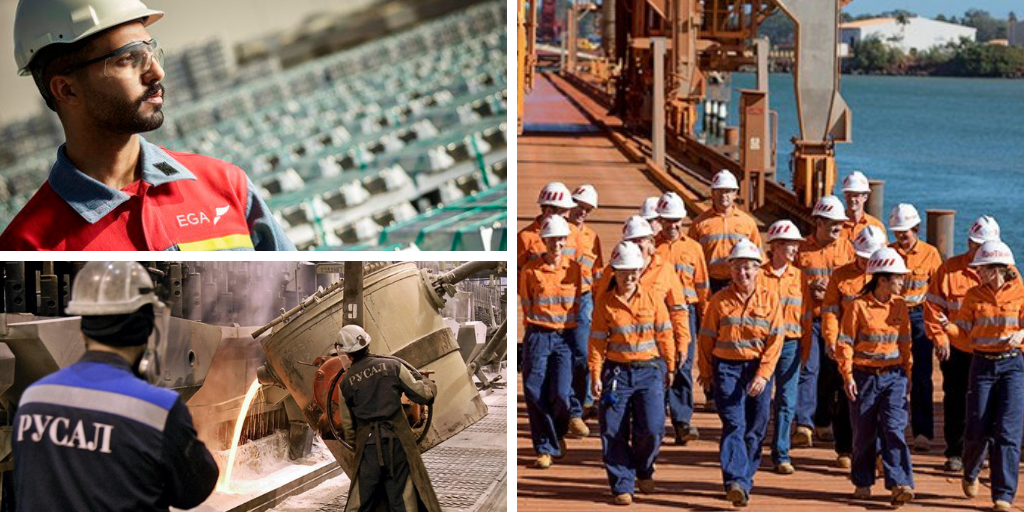 Among the latest main news: in Europe, a delay is expected in the European Commission’s decision on the proposed Novelis-Aleris merger deal, Quebec’s equipment supplier STAS buys French company in expansion bid, and Canadian aluminium producers are shifting their exports to Europe. In the world, Rio Tinto is named the Metals Company of the Year, UAE’s EGA gains recognition for its sustainability record, Brazil lifts one embargo on Alunorte, and the US exempts Canada and Mexico from metals tariffs.

Politico Europe and FACE are presenting a panel discussion on the future of European industry. The panel brings together a spectrum of European policymakers, business leaders and experts to discuss how European companies can stay competitive in today’s global markets. Join us in Brussels on Tuesday June 11. Register now

The European Commission suspended the deadline to publish its decision on the Novelis-Aleris acquisition. According to reports, the companies did not provide the EC with required information on time and needed more time to prepare their case. EU’s competition authorities are concerned that the planned merger might cut the competition in the supply of semi-finished aluminium products.

Trump’s tariffs did not negatively affected the total aluminium exports from Canada last year, but there is a shift towards Europe, said Jean Simard – President and CEO of the Aluminium Association of Canada – in an interview with AlCircle. Simard also highlighted how the 10 per cent tariff on aluminium impacted SME’s throughout the value chain in the US that are now priced out of the market to the benefit of overseas suppliers.

S&P Global Platts awarded Canada’s Rio Tinto the Metals Company of the Year honour and the Aluminium Industry Leader title at the 7th annual S&P Global Platts Global Metal Awards. The judges recognised Rio Tinto for its record in the sustainable production of aluminium and strong financial performance. Rio Tinto and Alcoa’s joint venture ELYSIS – a new method to eliminate direct greenhouse gas emissions during the smelting process– won in the category “the Breakthrough Solution of the Year.”

Thanks to all the people and partners across our #aluminium business that helped make this happen. Proud of our legacy of innovation. https://t.co/MYMr6tDbEQ

Russia’s Rusal released results for the first quarter 2019 showing a 20.9 per cent decrease in revenues due to a drop in aluminium prices and lingering effects of the US sanctions. The company is now focusing on restoring its market position, modernising its facilities and promoting its low carbon aluminium brand ALLOW.

Brazil Lifts One Of Two Embargos On Norsk Hydro’s Alunorte

A federal court in Brazil Hydro’s Alunorte alumina refinery. Norsk Hydro pointed out that the refinery would still continue to work at half capacity until both embargoes are lifted. The lifted embargo concerns a civil lawsuit related to the refinery, however, the second embargo related to the bauxite residue disposal area remains in place.

Alba To Ship More Aluminium To The US Despite Tariffs

Aluminium Bahrain will work to increase its exports to the US – currently 15 per cent of its total production – due to higher demand for the metal on the US market, stated Tim Murray – Alba’s CEO. “The US consumes about six million tonnes of aluminium but they only produce about 900,000 tonnes. Even with the tariffs, they still have to import all the metal,” underlined Murray. Alba also plans to boost its exports to Europe and the Middle East now that it is closer to achieving its planned 1.5 million metric tonnes output capacity.

Norsk Hydro is piloting a secret technology that mitigates the effects of magnetism – a consequence of the electrolysis process – to reach its goal of producing carbon-neutral aluminium. The project has proven to be costly so far and will still take time before the company sees real benefits, but Hydro’s new chief Hilde Merete Aasheim is determined to boost company’s green credentials.

The company is piloting a technology that tames the effects of that powerful magnetic field, which is a consequence of the electrolysis process to make aluminum and leaches away energy https://t.co/5k0sttcKdt @Reuters

Aluminium is gaining in popularity among young designers who use the light metal in innovative ways to build furniture – from chairs to shelves. The metal is affordable and easy to manipulate while meeting designers’ desire for a more industrial look and feel and their drive to use more eco-friendly materials.

Aluminium Producers Bet On Innovation To Deal With Red Mud

Outages in China brought back attention to the issue of red mud – a by-product resulting from extraction of alumina from bauxite – writes Reuters’ Andy Home. While environmental concerns led to a shutdown of two refineries in China leading to a jump in alumina prices, companies around the globe are investing into research to put the by-product to commercial use. Rusal partnered up with a research institute to reinvent red mud as a construction material with its innovative sulphur concrete solution. Meanwhile, EGA is collaborating with a building materials company to use the by-product for making cement.

Why Use Aluminium Containers – Video By EAFA

US Exempts Canada And Mexico From Metals Tariffs

The US agreed to lift tariffs on imports of aluminium and steel from Canada and Mexico, paving the way to ratification of the recently negotiated North American trade agreement USMCA. The US promised not to apply quotas on Canadian and Mexican metals, but introduced instead new anti-dumping measures to prevent excess Chinese aluminium entering the US market via Canada and Mexico.

US Registers Drop In Aluminium And Semi-Finished Imports

US imports of aluminium and semi-finished aluminium experienced a 14 per cent drop in the first two months of the year compared to the same period in 2018. There was a significant decrease in semi-finished aluminium imports from China – from 106,000 tonnes in January-February 2018 to 24,800 tonnes in January-February 2019. While the volume of imports is decreasing in the primary sector, the US still remains dependent on imports of semi-finished products that only dropped around 5 per cent year-on-year in the two-month period.

And yet despite tariffs, US is still dependent on imports, esp in semis. The drop is mostly in primary https://t.co/LCb0PlwFkq pic.twitter.com/H7CE84nVAT