In memory of Gabriele Galante 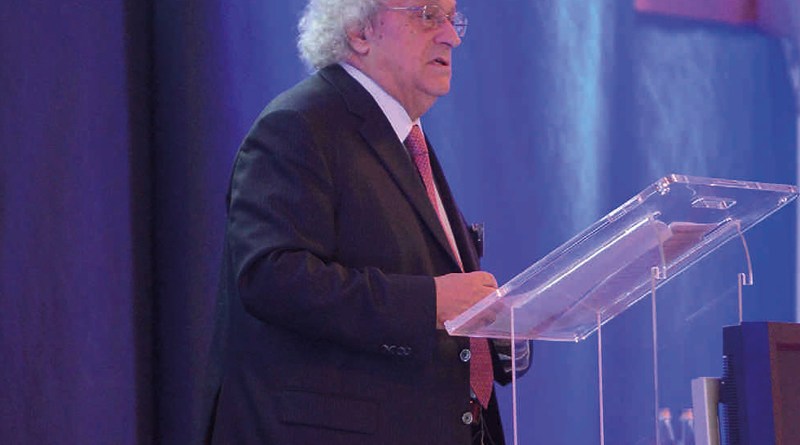 Past president of Amafond and Cemafon, Gabriele Galante marked fundamental stages in the development of the Italian foundry industry

On July 12th Gabriele Galante passed away: a great player on the Italian and global foundry scene, founder and president of IMF in Luino and one of the deepest connoisseurs of the global foundry system, a segment which during the past decades went through revolutionary structural transformations. Born on March 16th, 1942, in Luino, in a family of entrepreneurs, Gabriele lived fully the phase of our country’s industrial development, he studied at the Omar technical high school in Novara, then had to interrupt his University studies to take the helm of his family’s enterprise. In 1972 he founded IMF Impianti Macchine Fonderia, which became a leading company in the field of design, production and worldwide sale of single machines and complete plants for the production of any type of casting.

A convinced supporter of associations, for many years Gabriele had been the President of Amafond, the national Association of foundry machine and plant manufacturers, aiming at turning it into a team of companies in order to share problems and opportunities, developing research and culture, knowledge and communication to detect new market opportunities which would benefit the industry. He followed the same line just as enthusiastically in the broader European context as President of Cemafon, the European Association of foundry machine and plant manufacturers, convinced that the global market meant the end of a certain way of managing companies and that the union by means of the mechanisms of associations should be developed especially for small and medium-sized enterprises, with the opportunity, by forming a group, of expressing themselves at best in an international environment. Gabriele’s name will remain linked to the intuition of the International Foundry Forum, launched in 2000 by Cemafon along with CAEF, the European foundry Association, with the format of a touring event dedicated to the industry’s specific issues for a highly qualified audience of professionals and decision makers. A global event at the service of the international system of foundries to encourage dialogue, debates, exchange of knowledge which has become one of the most solid and appreciated reference points for the compartment at a global level.

Passionate and enthusiastic, as long as he was able to, he toured the world with his little suitcase, but he was strongly tied to his homeland, we shall remember Gabriele Galante with affection and gratitude for his extraordinary humanity and the good-natured vigour with which he stated his rules as a man and an entrepreneur: globalising and not relocating to strengthen the Italian heart of the company; keeping the enterprise at the centre, given its role as an opportunity for workers and the territory; tackling global challenges with a spirit of proposals, as times change but the protection of the personal and cultural assets remains a fixed point; looking at the younger generation and considering their training within companies as one of the utmost priorities.