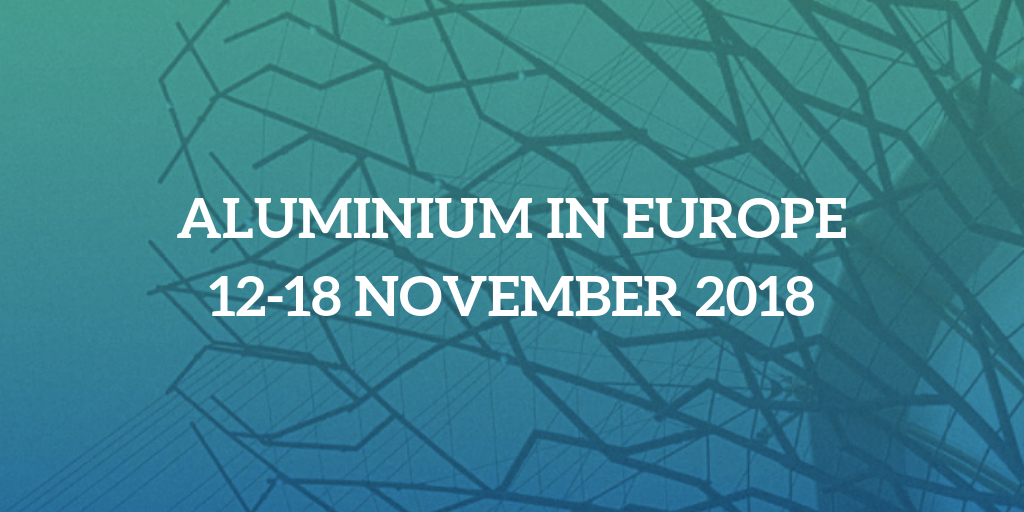 FACE Aluminium brings you a roundup of this week’s aluminium news.

Among the main news this week: the LUISS University presented in Rome the upcoming study on the downstream EU aluminium industry, Hydro’s plant in the Netherlands became the world’s first extrusion plant to be certified by ASI, the U.S. government extended until January Rusal sanctions deadline, and Liberty Group is on its way to buy Europe’s largest smelter.

LUISS University spoke about the upcoming study on the downstream EU aluminium industry at CENTROAL’s conference this Monday in Rome. The event brought together industry players and policy makers to discuss aluminium in a globalised world. Among the speakers were Gerd Götz – the Director General of European Aluminium, and Lara Comi – the Vice-Chair of the EPP group. You can read a preview of the main points of the new industry analysis prepared by LUISS University in Rome in this article.

British-owned Liberty Hose, part of steel tycoon’s Sanjeev Gupta’s global GFG Alliance, sealed a financing deal with international banks to purchase Rio Tinto’s Dunkerque aluminium smelter in France. The company plans sizeable investments in the plant to become a major integrated manufacturing business, producing metals and components for the automotive industry. The Dunkerque smelter – powered by nuclear reactors – has an annual capacity of 270,000MT and belonged to Alcan before being acquired by Rio Tinto.

Liberty enters into a committed financing agreement with a syndicate of major international banks for the purchase of Aluminium Dunkerque, Europe’s largest aluminium smelter from @RioTinto https://t.co/5P4t73un6o pic.twitter.com/Uv05MPtSyb

Norsk Hydro’s Hoogezand plant in the Netherlands is now the world’s first extrusion plant to obtain the Performance Standard certification by the Aluminium Stewardship Initiative (ASI). The Norwegian titan is the process of certifying 15 plants on its way to become the world’s first fully integrated aluminium company to offer aluminium certified in all parts of the value chain. Hydro’s President and CEO, Svein Richard Brandtzæg, believes the market will increasingly demand the most responsible aluminium.

The U.S. Treasury has extended the enforcement of sanctions against Russian aluminium giant Rusal giving the company more time to negotiate corporate governance changes. The world’s second largest aluminium producer can now continue doing business until 7 January 2019. While, the extension decision has had little effect on global aluminium premiums and Rusal’s exports went up 4 per cent in October, the impact on the aluminium industry was set to intensify without the extension, particularly in Europe where Rusal is present across the entire supply chain.

US again extends sanctions deadline for #Rusal. But is it possible to replace this crucial supplier to the aerospace and automotive industries?https://t.co/6aQWjIebtN pic.twitter.com/gRVc4vbWJi

Swedish packaging company Tetra Pak is now the third end user of aluminium certified against Aluminium Stewardship Initiative (ASI) Performance Standard. The certification covers all stages of the value chain for aluminium and recognises the company’s commitment to responsible sourcing. Tetra Pak was a founding member ASI even though aluminium forms a small part of the company’s raw material use.

Turning #waste into a new resource is key to a true circular economy. This is why we have partnered with global resource management company @Veolia to establish dedicated facilities to process plastic and aluminium extracted from recycled used beverage cartons #recycling

UK’s competition regulators are being urged to investigate the possibility of unlawful restrictive practices in the country’s extended responsibility scheme for aluminium packaging. A national committee advising the UK’s Environment Agency raised concerns over practices that distort the market and lead to price escalation.

War On Plastic And New Opportunities For Aluminium

As a worldwide backlash against plastic is growing, new opportunities to aluminium are opening. While plastic is one of the most complicated materials to recycle, aluminium can be melted and reformed an infinite number of times without any loss in quality. Recycled aluminium cans are back on the shelves within six weeks and aluminium is increasingly disrupting the packaging market – from new aluminium water bottles to growing demand in aerosol products. This week, UK-based packaging company Vetroplas partnered with Envases –Spanish aluminium bottle manufacturer – to extend its packaging options to the UK cosmetic and personal care market.

Can #aluminium help us make the world #PlasticFree?https://t.co/1vYgs7zDPq

The need to meet emissions targets will support the growing demand for aluminium in vehicles, Constellium Chief Executive Jean-Marc Germain told Reuters. As a lighter alternative to steel, aluminium is increasingly playing a challenger role in the car industry. Politicians across Europe are calling fro bans on diesel car and the European Union is considering new rules to cut emissions.

Thanks to technological innovation, aluminium is replacing copper as the conductor of choice for electronics. This week, the UAE-based cable manufacturer Dubai Cable Company signed a series of contracts to supply cables from its new aluminium factory. Copper is losing 2 per cent a year of demand to the light metal.

Emirates Global Aluminium received an international award from the American Society for Quality. The award recognised the company’s system for employees to suggest improvements. The mechanism has been in place for almost four decades and received over 34,000 suggestions.

The UAE aluminium producer commissioned a waste-management system for its Al Taweelah alumina refinery, bringing the firm closer to opening the plant in mid-2019. EGA is also working in partnership with universities around the world to EGA to find alternative uses for bauxite residue.

China’s primary aluminium production fell for a third straight month in October. Smelters cut production due to low aluminium prices. The planned government-mandated winter restrictions have yet to come into effect.

Shandong province – the largest production base for primary aluminium in China – announced restricting plans that could have profound impact on the country’s aluminium sector.

Novelis To Expand To Brazilian Aluminium Production And Recycling Operations

The U.S. company plans to invest US$175 million to obtain additional rolling and recycling capacity as well as a new water-sourcing system. The company’s CEO Steve Fisher says Novelis is committed to the region to meet growing customer needs.

The Canadian Prime Minister Justin Trudeau is hoping to reach aluminium and steel tariff exemption deal with US when he meets with President Trump at the G20 in Argentina at the end of this month.

American brewers are suffering from Trump tariffs, writes the Washington Post. While the U.S., Canada and Mexico renegotiate NAFTA, aluminium tariffs are still in place. The U.S. beer industry, which needs aluminium to make cans, is seeing costs rise.

While U.S. production is up, imports still remain high and overseas companies have been able to pass added costs to American customers, reports the Wall Street Journal.

The Aluminum Association has criticised Section 232 tariff exemption process and suggests corrections. The Association pointed out that out of over 360 exclusions for common aluminium alloy approved so far, over 300 were given to Chinese producers. In addition, the Association’s President and CEO Heidi Brock called for exemptions from aluminium quotas for both Canada and Mexico in the upcoming USMCA. U.S. automakers and parts suppliers issued a similar call in an open letter saying that the tariffs are currently costing their industry hundreds of millions of dollars.

On a visit to Washington, EU Trade Commissioner Cecilia Malmström warned that the EU would retaliate if the Trump administration proceeded with Section 232 tariffs on car imports. The U.S. 10 per cent tariff on EU’s aluminium is still in place after the Trump administration refused to give the EU an exemption. South Africa was the latest country to secure an exemption.