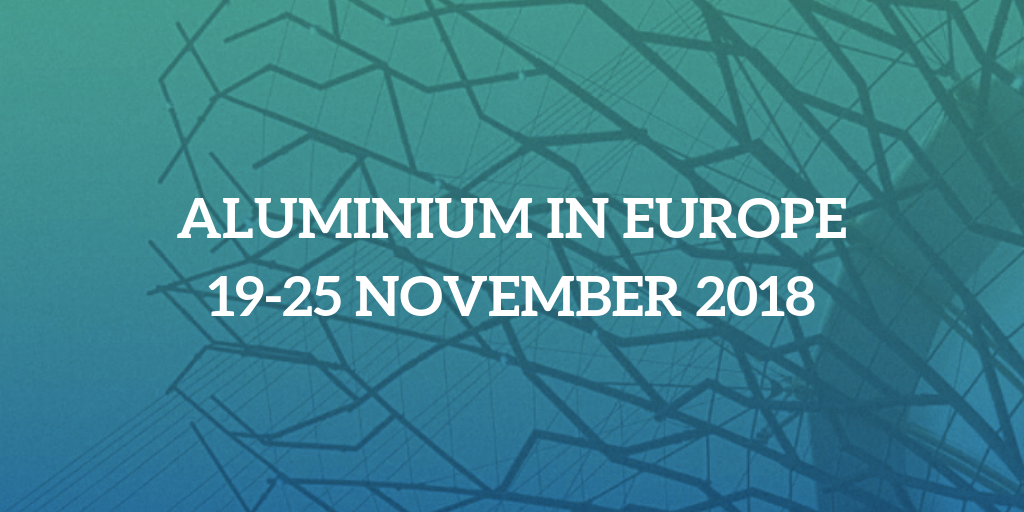 FACE Aluminium brings you a roundup of this week’s aluminium news.

Among the main news this week: EU’s energy chief warns that Europe could become more dependent on raw materials imports at the time when the Union needs more materials for the green transition, Nespresso signs a green aluminium deal with Rio Tinto demonstrating the trend towards sustainably-sourced aluminium, and Alro – one of the largest aluminium producers in Eastern Europe – sees a drop in profits despite higher turnover.

Romania’s Alro Sees A Drop In Profits Despite Higher Turnover

Romanian producer Alro released production numbers for the first nine months of this year, showing that the net profit went down by 12.8 per cent year-on-year despite higher turnover in raw materials. The company experienced a decline in the sales of processed aluminium and a rise in the sales of alumina and primary aluminium.

In an exclusive interview with EURACTIV, Maroš Šefčovič – Vice-President of the European Commission in charge of the energy union – warned that the European Union could become dependent on raw materials exports. “I really think that, when it comes to the issue of dependency, we could end up in a situation where raw materials become the new oil,” asserted Šefčovič. The EU energy chief highlighted the need for raw materials for Europe’s green transition: to produce a 3-megawatt wind turbine, you need 335 tonnes of steel, 4.7 tonnes of copper, 1,200 tonnes of concrete, 3 tonnes of aluminium, 2 tonnes of rare earth elements as well as zinc.

As #aluminium plants are closing in the European Union, EU countries are more and more dependent on exports of primary aluminium. Today, the reliance rate is over 70% to meet Europe's growing demand pic.twitter.com/fV0quFqSrW

Looking at the raw materials megatrends in a special report, EURACTIV’s Frédéric Simon asks if there is a future for “Made in Europe”. The EU needs more metals for the green transition and it will have to secure supplies of raw materials at the time when the international trade order is being challenged. While the focus is currently on the Circular Economy, recycling has its limits. “The overall demand for raw materials is growing, and recycling alone cannot supply the market,” said Roman Stiftner Secretary-General of the European Mineral Resources Confederation.

Is there a future for "Made in Europe? The fight for global raw materials is on

EU needs metals for the green transition and it needs to secure supplies @FredSimonEU https://t.co/FObg5LGrtm pic.twitter.com/bDgQOBxgGP

Ghana unlocked this week US$649 million, the first tranche of the 2 billion dollar loan obtained from China for infrastructure projects in exchange for deliveries of bauxite.

Korean companies came together to bloc the Chinese aluminium producer Henan Mingtai from from building a rolling mill in the Gwangyang Bay Area Free Economic Zone. They contend that allowing this new substantial player in the country’s production stream is likely to drive up aluminium production and lead to a drop in aluminium prices.

Tesla starts to take bookings for its more affordable car Model 3 in China – the largest market for electric vehicles. Tesla’s Model 3 is an experiment towards higher volume production. The new EV is build with a mix of steel and aluminium to keep the weight as well as the cost low.

Drop in Aluminium Prices Leads to Smelter Closures in China

Persistent weakness in aluminium prices is putting pressure on Chinese smelters, comments Andy Home in Reuters. As the Shanghai aluminium price hit its lowest level since October 2016 this week, there are signs that smelters will fall victim to the price drop. It is now the price of aluminium and not the upcoming winter pollution restrictions that will determine China’s aluminium dynamics.

New Aluminium Capacity Will Be Needed Outside China

Aluminium producers will need to build additional smelting capacity outside of China to meet growing global demand, said Alf Barrios – Rio Tinto’s aluminium CEO – in an interview to Bloomberg. Barrios expects China’s economy to transition from that of an export economy to one more centred on manufacturing.

Nespresso Bets On Sustainable Aluminium For Its Coffee Capsules

Nespresso – one of the world’s leading coffee capsule makers – signed a deal with Rio Tinto to use responsibly-sourced aluminium in all of its coffee capsules by 2020. The Anglo-Australian mining major will supply Nespresso with aluminium produced with renewable energy and respect for biodiversity. In April, Rio Tinto became the world’s first producer of aluminium to be certified by the Aluminium Stewardship Initiative.

In a world first, @Nespresso coffee pods will soon be made with responsibly sourced aluminium, produced by us. This means they’ll be made with metal that is independently certified to meet the highest sustainability standards.

Akshay Singhal – a 25–year old student from India – is conducting trials for his car to run on water and aluminium. The co-founder of nanotechnology start-up Log 9 Materials, says a single ‘refuelling’ of his battery that uses aluminium, besides water as fuel, would give a range of 1,000 km.

The World Trade Organization agreed to hear complaints from a number of countries over U.S. steel and aluminium tariffs and complaints from the U.S. over retaliatory duties in separate panels set up by the WTO’s Dispute Settlement Body. Washington contended that a single panel is not satisfactory to review and hear different countries. The complaints come from European Union, China, Canada, Mexico, Norway, Russia and Turkey.

More than 30 American business and agriculture groups urged the U.S. Trade Representatives to exempt Mexico and Canada from Trump’s steel and aluminium tariffs. The alliance claimed that the tariffs are causing “immense harm to American manufacturers, consumers, and workers by raising costs for a wide array of industries.”

The United Arab Emirates Minister of Economy says that the UAE is continuing talks with the U.S. concerning the Section 232 tariffs and that the issue could be resolved next year. The UAE is the third-largest exporter of aluminium to the United States, after China and Russia.