Aluminium is the Steel of the 21st Century 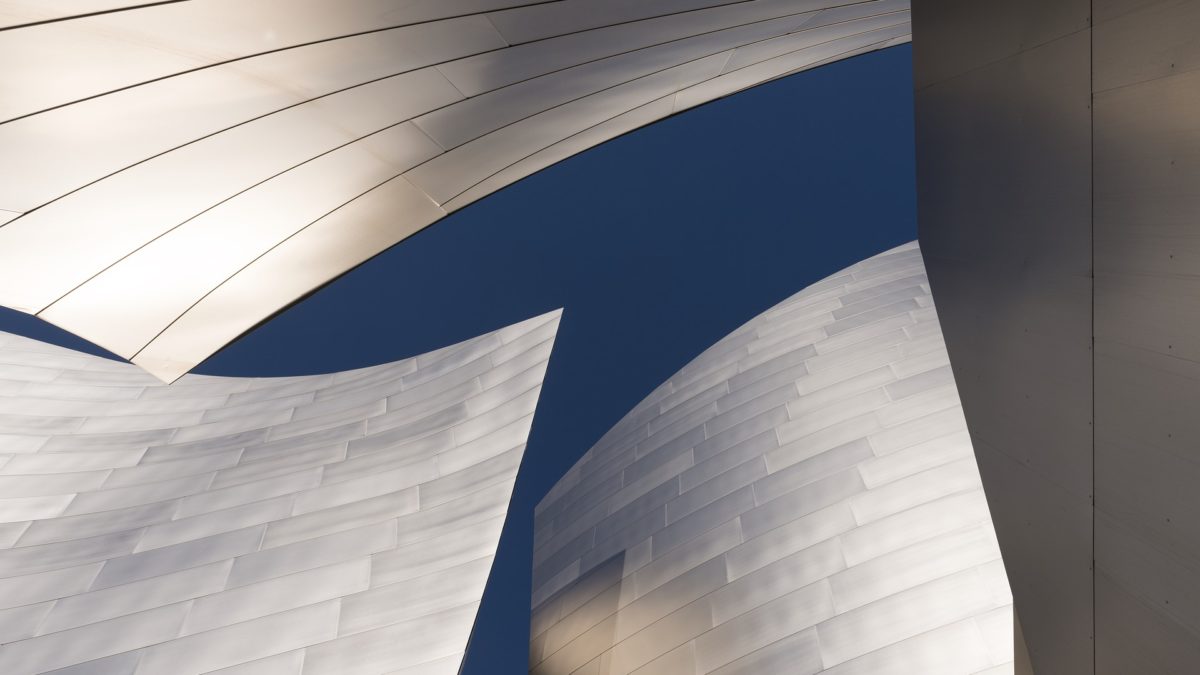 It’s conventional wisdom to believe that the development of human civilization would have been impossible without the invention and large-scale usage of iron ore products, such as pig iron and steel. Iron has been used for over 5000 years, and it is still the most widely used metal due to the fact that it is a key ingredient in the production of steel. According to Geoscience Australia, the world uses 20 times more iron (in the form of steel) than all other metals put together. Iron tools allowed people to cultivate tougher soils and get richer crops, while manufacturing steel machines played the starring role in the 18th century Industrial Revolution. The main demand for steel comes from construction, automotive and mechanical equipment producers; according to The World steel association, in 2017 these industries accounted for almost 80% of global steel consumption.

However, human civilization is continuously evolving, and we are currently witnessing a significant transformation of the economy. New industries are emerging fast and loose, while traditional ones are going through extensive upgrades of their production cycles and methods. Should we therefore expect steel products and iron to grow and remain the world’s most popular metal? Or will ongoing digital technological innovations, also known as the Fourth Industrial Revolution, a term coined by Klaus Schwab in his seminal 2015 Foreign Affairs article, change not just production techniques but also the materials used?

If we are living through the Fourth Industrial Revolution, we should expect some changes to be already in place. And if we look at the data, it becomes clear that aluminium is gaining ground, and is slowly chipping away at steel’s supremacy.

Indeed, consumption growth of different commercial metals during the last 2 decades, we see that aluminium’s growth has been by far the most spectacular. Based on statistics from the International Aluminium Institute, over the last 15 years (2003-2018E), the global demand for aluminium grew at an yearly average of 8.3%, and more than doubled in 2018E compared with 2003. Based on data from ICSG, INSG, ILZG and the US Geological Survey, during the same period, copper global demand grew by slightly more than 40%, nickel – by 70% and zinc – by around 30%. Moreover, the analysts believe 2018 is not to be the peak year in terms of aluminium demand. For example, Fitch forecasts aluminium consumption to increase from 62.9m tonnes in 2019 to 79.7m tonnes by 2028, averaging 2.8% annual growth during the period.

What industries are responsible for this significant increase of demand growth? Based on 2014 CRU data provided to Aluminum Leader, approximately a quarter of aluminium was consumed by transportation, another 25% by construction, while foil/packaging and mechanical engineering accounted for 16% and 13% respectively. Natural Resources of Canada and the Aluminium Association of Canada estimated that in 2017, construction accounted for 33% and automotive and transportation for 28% of global aluminium consumption.

In Europe, the transport sector is an even more significant aluminium consumer, absorbing almost 40% of industry output according to the European Aluminium Association. Based on their report, the amount of aluminium in an average car has increased from 50 kg in 1990 to 151 kg today, and the experts forecast that this could rise to 196 kg by 2025. The main driver is the role aluminium’s light weight plays in reducing fuel consumption when compared to steel. That is not only economically attractive for users, but also environmentally friendly as it prevents unwanted CO2 emissions.

More than 90% of the metal is recovered after the end of a vehicle’s life-cycle and re-used to create new aluminium products. In addition, aluminium is becoming more used in trucks, where its light weight is a key asset. Since the maximum weight of trucks in Europe is regulated by law, each kilogram of weight saved on the truck itself allows an extra kilogram of cargo. While in automotive transportation, aluminium is still trailing behind steel, a plethora of recently announced deals between auto manufacturers and aluminium producers – such as Arconic’s multi-year supply deal with Toyota in 2017 – highlight the trend over the past few years.

As railroad networks are expanding and the speed of trains is increasing, the light weight of aluminium makes it the metal of choice for railcars producers as well. A good example of the metal’s benefits in the public rail transport sector is the TGV-Duplex, used in France. Developed by Alstom at SNCF’s request, it weighs 12% less than the traditional TGV train, while carrying 40% more passengers and offering superior passive safety.

The aerospace industry is another area where aluminium is finding extensive applications. It is used in all types of structures, and according to European Aluminium, aluminium-lithium alloys make up the primary structure of NASA’s Orion MPCV (Multi-Purpose Crew Vehicle), the next-generation space exploration vehicle. Similarly, aluminium is the key metal in commercial aviation, as reducing the weight of airplanes is crucial. In 2013, Reuters reported that “…on average, [aluminium] still makes up 70 percent of aircraft structural weight, Metal Bulletin Research analysts estimate.”

Aluminium and the construction industry

The metal is integral to the construction industry: it has innate great corrosion resistance, which does not require any special treatment such as painting, is strong, has a long life span, and requires minimal maintenance. What’s more, aluminium’s lightness and malleability allow it to be cast in virtually every shape, making it ideal for contemporary designs. Structures located in inaccessible places or hard to maintain, are one of the common applications for aluminium.

Moreover, according to the Aluminium Association “the use of aluminium helps building projects qualify for green building status under the Leadership in Energy and Environmental Design (LEED) standards.” A study by the Delft University of Technology showed that “on average, 96% of aluminium was recovered from commercial and residential buildings.” The high recycling rate of aluminium has not only ecological, but also economical benefits as the energy needed to recycle aluminium 95% lower than primary production.

While the packaging industry decreased its share of the global consumption od      aluminium to a steady 2% in 2017, it still remains the third largest sector in Europe, absorbing 17% of industry output according to the European Aluminium Association. Europeans use up to 50 billion aluminium beverage cans every year, drinking mineral water, soft drinks and beer. According to Coca-Cola “a used aluminum can is able to be recycled and put back on shelves in as little as 60 days”.

Rising environmental awareness and current trends towards using more bio-friendly materials make aluminium cans one of the most sustainable beverage packages available today. Initiatives such as “Every Can Counts”, which launched in the Great Britain before spreading across Europe, drive recycling rates higher.  The Can Manufacturers Institute noted growing demand for sustainable packaging, as “95% of retailers are more likely to choose environmentally friendly packaging and 93% believe that the demand for sustainable packaging will continue to grow”.

The electrical engineering and electronics sector accounted for 18% of global aluminium consumption in 2017. Aluminium rods and wiring are traditionally used in power transmission, as among base metals only copper has higher electroconductivity. An aluminium wire has a 1.5 times larger cross section to pass the same current as a copper wire, but it is also two times lighter. Therefore, only aluminium wires are used in main overhead power lines. The trend to replace copper with aluminium is evident around the world, as for example, the National Electric Code (USA) stipulates using aluminium wiring in the construction of new buildings.

The history of using aluminium in home appliances stated in early 20th century, but the metal is not the exclusive purview of washing machines, dryers and refrigerators. In 2007, Apple CEO Steve Jobs released a letter recommending changes to the company’s environmental policy to achieve “a greener Apple”, which led the charge of using aluminum in consumer electronics. “Aluminium was the ideal choice for the product, because it provides the thinness and lightness that we want in the portable category, [it has] a great strength-to-weight ratio and it also provides us with some really nice options from a finishing perspective,” Dan Riccio, senior VP of hardware engineering at Apple, said back in 2013. Apple operates or participates in recycling programs in 95% of the regions where its products are sold, which means any iPad, iPhone, Mac or PC – desktop or notebook – may qualify for reuse or free recycling. The aluminium stand on the iMac is made using 30% recycled content, for instance.

More companies are following Apple’s example and using aluminum in their designs instead of plastic or painted metal. The new Google Chromebook Pixel, a competitor to the MacBook unibody series, uses a machined aluminum body. Samsung and now Sony are producing aluminum laptops as well.

As changes across the industries are driven by the so-called Industry 4.0 paradigm, a term that initially originated from a project in the high-tech strategy of the German government promoting the computerization of manufacturing, we should expect higher demand for the light-weight and environmentally friendly silvery-white metal to come from electronics producers.

Being the most recyclable material on the market, aluminium could be recycled more and more without losing its quality. Industry experts estimated that 75% of all the aluminium ever produced is still in use today. Recycling of aluminium saves more than 90% of the energy required compared with smelting new metal.

The United Nations estimated that by 2050 there will be more plastic waste than fish in the world’s oceans unless people limit usage of single-use plastic packaging such as plastic bottles and bags. The Paris climate agreement approved in 2015 by 195 countries enforces the limitation of an average global warming to 2 degrees Celsius above pre-industrial temperatures and strives for a limit of 1.5 degrees Celsius. Thanks to its recyclability, aluminium forms an integral part of this commitment and could help address both issues. Not only does reusing aluminium reduce material, water and energy usage but prevents the pollution associated with them as well.

One should expect government authorities to support both aluminium refiners and consumers, stimulating them to consume green metal instead of non-degradable packaging or alternatives whose production needs important amounts of energy, while also creating pollution. It is not always the case, but the situation is changing with the times and we are likely to see positive developments.

Will steel remain the main material in the current era of cutting-edge technologies, high-tech solutions, fast speed and light designs? Or will light weight, environmentally friendly and energy-efficient aluminium deprive steel of its leadership? The topic remains open for discussion, but it is undisputable that new trends and challenges have already led to the growth of aluminium’s consumption – and the story is not over yet.

Even if aluminium will not end up being the main material underpinning the Fourth Industrial Revolution, it will without a doubt be one of its most fundamental and important elements.