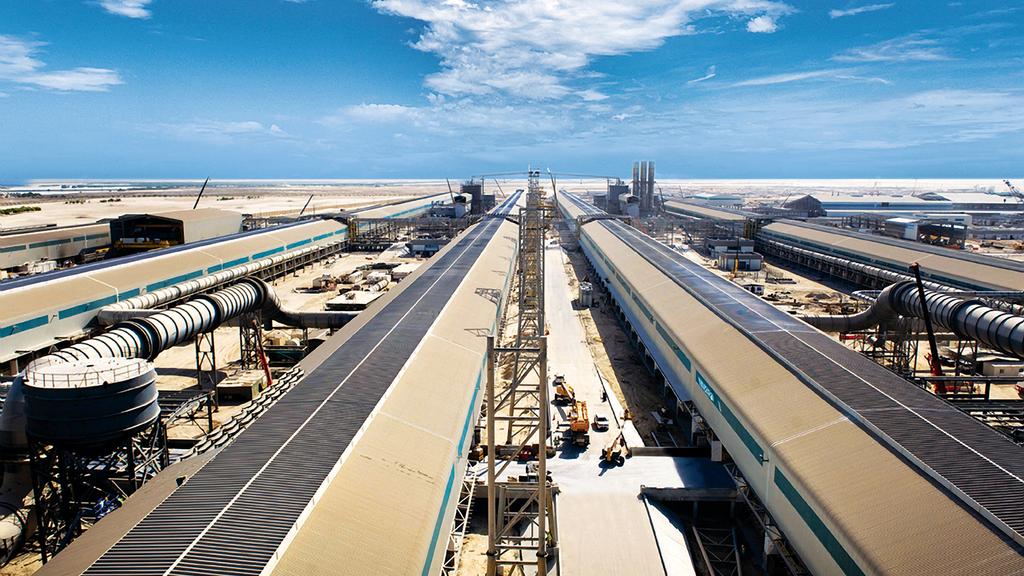 Emirates Global Aluminium (EGA), UAE’s leading aluminium producer, received the first shipment of caustic soda required for the construction of its Al Taweelah alumina refinery in Abu Dhabi, the company announced on the 4th of September.

EGA requires caustic soda and bauxite – the two most important raw materials in alumina refining ­– for the planned commissioning of the Al Taweelah facility. The company began exporting bauxite in June along with stockpiling hydrate – another raw material required for setting up the refinery.

“Whilst construction continues in many areas of Al Taweelah alumina refinery, we are steadily moving into commissioning completed equipment and sections. Importing the first of these raw materials is an important milestone in this immense effort to develop alumina refining as a new industrial activity in the UAE.”

With first production expected to come online in the first half of 2019, the new plant will have a production capacity of around 2 million tonnes per year of alumina, meeting approximately 40 per cent of EGA’s alumina requirements. For the rest, EGA expects to import annually some five million tonnes of bauxite from Guinea.

At the same time, EGA is constructing a bauxite mine in Guinea to export the material to customers around the world. The Guinea Alumina Corporation – one of the largest greenfield investments in the West African country – is expected to ship its first bauxite cargo in the second half of 2019.

The Al Taweelah alumina refinery is an ambitious project equivalent to an area of 200 football fields. With over 10,000 people currently working on the project, EGA set aside around $3.3 billion to construct what will be the first alumina refinery in the UAE and the second in the Middle East.

To meet the requirement of some 130,000 tonnes of caustic soda needed for the plant each year, EGA will initially import the natural resource. However, the company signed last year a long-term caustic soda supply contract with Shaheen Chem Investments that will build a chemicals complex in Abu Dhabi to meet EGA’s caustic soda needs.

EGA operates two aluminium facilities in the UAE and is a FACE member through its membership of the Gulf Aluminium Council – an organisation representing the aluminium industry in the Gulf States.