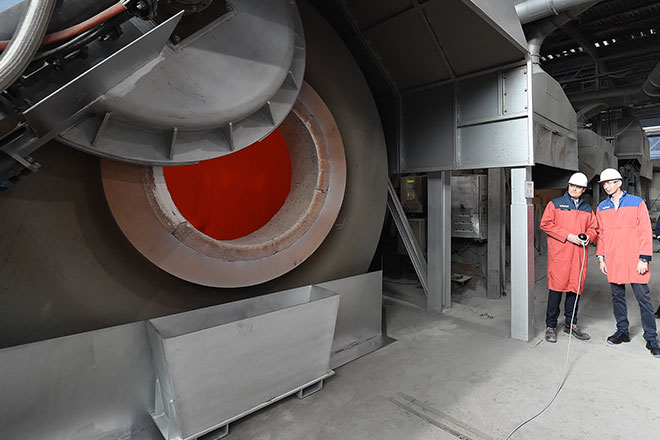 Replacing two of the three existing systems at the Gelsenkitchen recycling plant, the new furnace is capable of melting up to 200 tonnes of aluminium scrap per day and has a load capacity of around 40 tonnes.

Launching the new system into operation last Friday, Philipp Schlüter – Chairman of the Executive Board of TRIMET Aluminium SE – commented: “Around 90 per cent of the aluminium in circulation is recycled, and the total quantity of recycled light metal continues to increase as a result of increasing demand. So it is only logical for us to consistently invest in expanding our capacities and modernizing our plants.”

The new furnace allows Trimet to increase the recovery rate of aluminium scrap while reducing energy consumption thanks to a self-controlling burner system that switches between oxygen and air during the production of the fuel mixture, depending on requirements. Trimet did not mention the exact size of the capacity increase that comes with the installation of the new furnace.

The Gelsenkirchen plant processes the scrap sourced from the domestic market and produces secondary allows for the automotive, electrical and machine-building industries. Overall, Trimet operates three recycling plants in Germany – Gelsenkirchen, Harzgerode and Essen – with combined recycling capacity of around 250,000 tonnes per year.