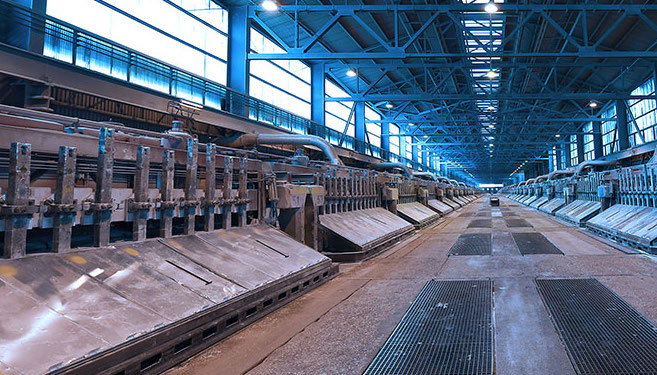 Trimet Aluminium – Germany’s largest aluminium producer – started the trial operation of its virtual battery – an innovative electricity solution the company hopes will help it in its energy transition. The launch is the latest development in Trimet’s research project that started six years ago.

The EUR36 million investment in the virtual battery project makes the energy-intensive electrolysis more flexible by creating a large power storage facility that integrates the discontinuously produced electricity from renewable energy sources into the existing power grid. The process will allow Trimet to secure energy supply for its aluminium plant in Essen.

“We have reinvented the electrolysis process for the production of aluminium,” commented Philipp Schlüter – Trimet’s CEO. “For the first time, we will be able to vary the energy supply during operation significantly. This will allow us to react to changes in the electricity supply, which will benefit the power supply to households in Essen. As an aluminium producer, we are naturally an energy-intensive company. As such, however, we are also a valuable partner for the energy revolution.”

Trimet was the first company to invest into the virtual battery technology in bid to reduce its CO2 emission while securing stable energy supplies. Trimet’s Essen smelter produces around 165,000 tonnes of primary aluminium and 300,000 tones of casthouse product per year to make extrusion billets, rolling ingots and various die casting alloys. In addition, the smelter can recycle 50,000 tonnes of aluminium scrap per year. Other aluminium players – on the lookout for cheaper energy to power their smelters – are closely observing the on-going trial.