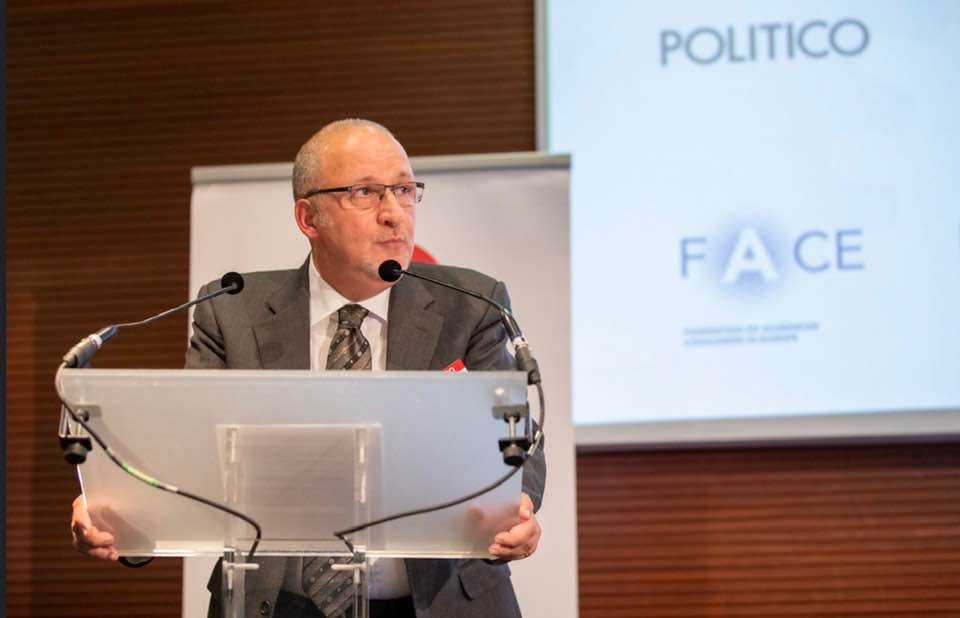 In January 2014, the European Commission published a landmark Communication, titled “For a European Industrial Renaissance”.

The title became a hit : in his maiden speech as Head of State, Xi Jinping announced a new program to “ pursue a renaissance of the Chinese nation “. Then Emmanuel Macron called for a “European Renaissance” in several EU media, and his party ran the European elections as the “Renaissance” list.

So, seems that our good old Renaissance is very much in fashion. But I am not so sure that Jean-Claude Juncker, Xi Jinping and Emmanuel Macron mean exactly the same thing by Renaissance.

Today of course I will focus on the industrial Renaissance proposed by the European Commission.

Now, more than ever, Europe needs a holistic approach to competitiveness where industrial, trade, competition and sustainability policies are viewed as a single undertaking supporting technology transformation, growth, socio-economic cohesion and well-being.

This means that all our policies should act in synergy and be mutually supportive.

Unfortunately, this is not the case for the European aluminium industry, which suffers from the contrary effects of trade and industrial policies.

The EU aluminium industry represents one million jobs and annual sales of €40 billion. From this, the industry’s downstream sector represents 92% of the workforce and 70% of the turnover.

It is almost entirely comprised of vulnerable SMEs, which struggle against fierce and often unfair international competition, notably from China, and now also it is starting from India.

Profound changes occurred over the past twenty years. The domestic production of our raw material, primary aluminium, declined in the EU because of the structural lack of competitiveness of our smelters.

One third of EU primary aluminium output was lost between 2010 and 2019.

Production of primary aluminium lags now by around 2 million tonnes, while our demand for aluminium processed goods has grown to over 12 millions tonnes annually.

As a result, the EU is a growing net importer of primary aluminium, and depends on these imports for a staggering 74% of its consumption.

But, and this is absurd, we still apply import tariffs between 3 to 6% on raw aluminium, which makes aluminium more expensive than it should in the EU, in a range from 60 to 120 euros of extra-cost per tonne.

In a low margin industry, where the raw material represents 50 to 60% of the cost of semifinished products, these levels of tariff severely erodes the sector’s competitiveness.

The tariffs were put in place over 30 years ago to protect EU smelters and keep decision centres and R&D in the EU. Let’s be frank : they have failed.

The tariffs are still in place though, and they act as a hidden subsidy for primary aluminium producers, at the expense of their far more numerous clients, the European downstream transformers.

What I mean by hidden subsidy is that the EU market aligns the price of raw aluminium with the highest level of the import tariff structure, or 6%, for all the quantities sold, irrespective of their origin.

EU domestic production of raw aluminium, as well as imports from duty-free sources, are all sold at a duty-paid level, and the difference is cashed in by producers in the EU and in aluminium producing countries enjoying duty-free status with the European Union, such as producers in Iceland, Norway or Mozambique for example.

It is quite weird that while more than half of EU primary imports come from countries exempted from tariffs, there is no duty-free priced aluminium available to users and consumers in the EU.

FACE, the Federation of Aluminium Consumers in Europe, commissioned a study from the LUISS Guido Carli University in Rome, which is being published today.

It shows that between 2000 and 2017, the EU import tariffs on raw aluminium represented an extra-burden of up to 18 billion euros to the downstream aluminium sector. That amounts to over a billion euros per year, year after year.

For low-margin companies, this is a killer.

How can we keep import tariffs in a massively import-dependent market ?

Without swift action, the European industrial Renaissance will soon sound like empty words for surviving SME’s in the aluminium sector, and a funeral march for the rest gone.

But with strong political will, a holistic approach and pertinent decisions, industrial policy can be a powerful driver of virtuous transformation.

Ladies and gentlemen, I love this expression: “Industrial Renaissance”.

The Renaissance, as you know, is when human dignity was considered as the foundation and the center of our cultural values.

It was inaugurated by the famous “Discourse on human dignity”, the “Oratio de hominis dignitate” of the Florentine philosopher Giovanni Pico della Mirandola.

When we fight to mitigate climate change, we fight for human dignity, because how could we live dignified lives in a devastated planet?

Yes, ladies and gentlemen, Europe could not have chosen a better name than “Industrial Renaissance” for a new horizon of its continuous progress, and we must all strive so that it will be successful.

For since the Renaissance, Europe’s historic role has always been to advance human dignity, social well-being and the pursuit of happiness.

That’s what policy making is about in the first place.

Thanks for your attention.