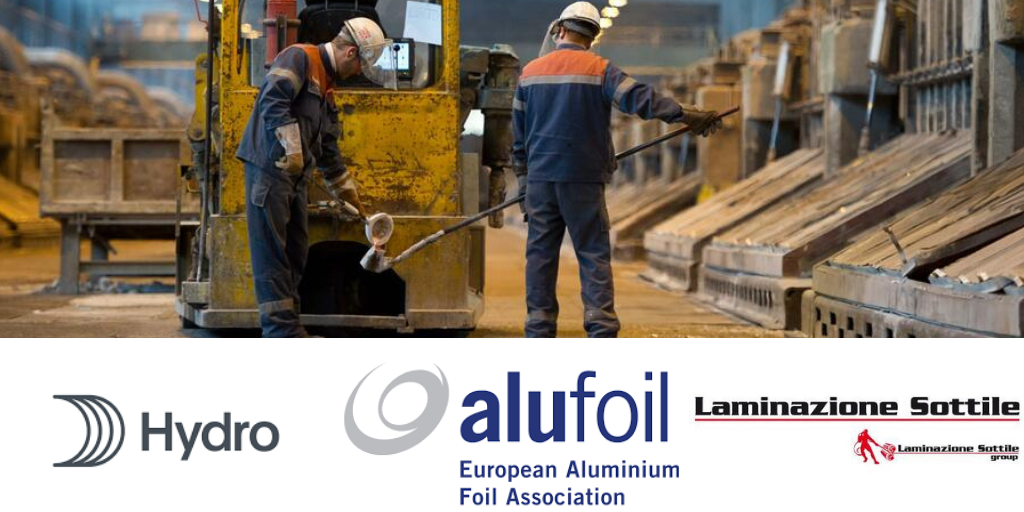 Among the latest main news: Hydro is recovering after a cyber attack affecting its plants around the world, VWMetalle is calling on the German government to take action and ensure businesses have full access to raw materials, European rollers reached another record with their aluminium foil deliveries. In the world, Icelandic startup unveiled a locally-produced car made of recycled aluminium, and instead of deterring Chinese imports, the US tariffs on metals seem to be actually encouraging Chinese exporters.

Norsk Hydro is making progress in securing safe and stable operations after experiencing a cyber attack on its facilities around the world at the beginning of last week. The malicious virus attack caused many of Hydro’s IT-systems to shut down, forcing a number of its plants to convert to manual operations. While Hydro’s Extruded Solutions were running at 50 per cent of normal capacity last week, there has been little disruption to most customer deliveries so far. Hydro has not disclosed a timeline for restarting normal operations.

Update on cyber attack – March 25: “Safe and secure recovery of Hydro’s IT-operations is our top priority, while we also do our utmost to limit any impact on Hydro’s customers, suppliers and other partners,” says Head of Information Systems Jo De Vliegher.https://t.co/SAnDL1cY66 pic.twitter.com/Ru2gjAkivk

Germany’s companies are extremely dependent on raw material imports and business groups are urging the government to take action, writes Handelsblatt’s Klaus Stratmann in the Germany’s leading business newspaper. In the face of growing restrictive measures and resource nationalism, WVMetalle – the association representing the country’s non-ferrous metal industry – recommends setting up a state-owned institution for strategic purchases of raw materials, and calls on the government to work within the framework of international institutions to ensure a level playing field for all companies around the world.

European rollers reached a third record in a row in 2018 with their aluminium foil deliveries. According to the European Aluminium Foil Association (EAFA), European rollers saw an increase of three per cent compared to 2017. While consumption in domestic markets remained more sluggish than expected, exports powered ahead throughout the last year and increased by more than 25 per cent overall. “While we remain optimistic about the year ahead, the situation remains volatile and difficult to predict,” commented Bruno Rea – President of EAFA.

Russia’s leading aluminium producer Rusal is ready to start construction of its pilot plant to produce fine precipitated aluminium hydroxide (FPAH) at Achinsk Alumina Refinery. FPAH is used to produce silicate wool for cables for the nuclear, shipbuilding, aviation, and automotive industries. The pilot plant will be twice the size of the original project thanks to positive customer feedback Rusal has received so far. Global consumption of FPAH exceeds 800,000 tonnes per year and grows by more than four per cent per year.

UAE’s EGA – one of the largest aluminium producers in the Middle East – signed a volume commitment extension agreement for next year with the global shipping company A.P. Moller – Maersk. EGA makes over 11,000 shipments each year using over 100,000 containers and its metal is transported to over 70 ports around the world. Maersk is one of EGA’s closest shipping partners and has been shipping the company’s products since 1992.

Daiki Aluminium Industry India – a 100% subsidiary of Daiki Aluminium Industry of Japan – celebrated the beginning of construction works on its new aluminium alloy recycling Sri City unit. The plant is built in the Domestic Tariff Zone and is expected to produce aluminium ingots at an annual rate of 84,000 tonnes from February 2020. The company expects to export products to ASEAN countries and Japan catering to automobile companies. Launching the plant, the management made a commitment to stick to the strict environmental regulation of their parent plants in Japan.

Icelandic start-up firm Ísar revealed the country’s first car to be made almost entirely out of local aluminium. Ísar is designed to have minimal impact on the environment – a sturdy and ergonomic super jeep; it is still lighter than other car models. The company released five copies and is taking further orders from domestic and international customers.

The governments of Ghana and Guinea will discuss a potential bilateral agreement to develop each other’s bauxite sector. Both African countries have significant bauxite reserves and attract many international investors. While Guinea has bauxite resources and mine, Ghana is trying to move up the value chain be doing both mining and refining. In 2017, Ghana established the Ghana Integrated Aluminium Development Corporation to manage and develop its bauxite ore reserves.

While President Trump insisted last Wednesday that his tariffs on Chinese products would stay for “a substantial period of time”, US’s tariffs on aluminium seem to be actually encouraging Chinese exporters – particularly those producers trading in aluminium semis – to send more of their aluminium overseas according to consultancy Wood Mackenzie.

The EU has been on alert for diverted supplies of Chinese aluminium and the European Commission announced last year monitoring of Chinese imports.