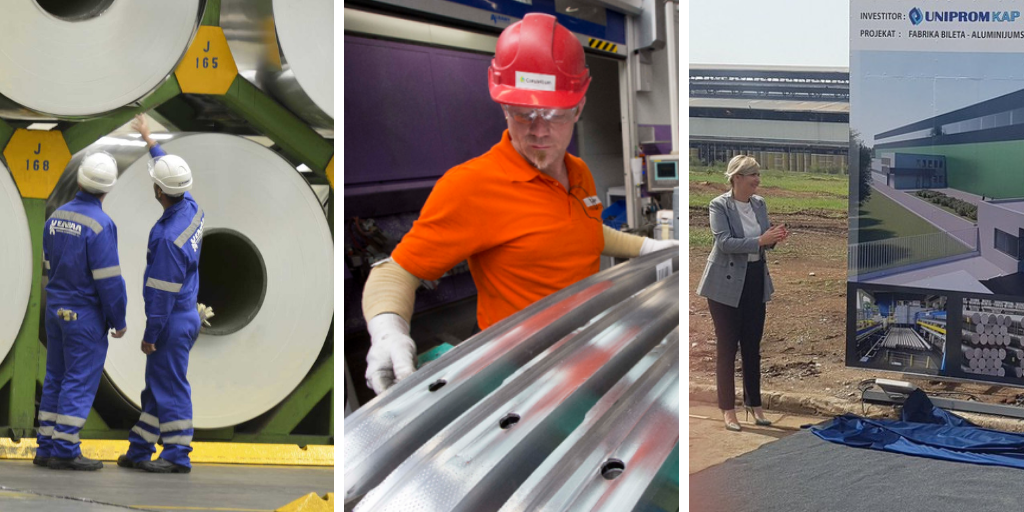 Among the latest main news: aluminium production in Western Europe suffers another blow plunging by 4 per cent so far this year, warnings issued about China’s threat to the European aluminium industry, Montenegro builds aluminium billets facility, and FACE’s member Elval joins ASI. In the world, the CRU’s World Aluminium Conference concludes in London, Guinea seeks to encourage domestic processing of bauxite, Chinese aluminium foil imports to the US go significantly down thanks to anti-dumping orders imposed last year.

While global aluminium production remained static in the first quarter of this year, Western European production fell by four percent to 877,000 tonnes in this period, according to the International Aluminium Institute. Capacity curtailments resulting from the closure of Alcoa’s plants in Spain removed 128,000 tonnes of annual capacity from the European market.

China is better than the West at protecting its strategic interests when it comes to the aluminium industry, writes the French financial newspaper Les Echos (in French). Matthieu Anquez, a senior strategy and geopolitics consultant at the French consulting company CEIS, argues that China’s recent VAT rebate on manufactured products will put European companies at risk.

When it comes to #aluminium, China defends its strategic interests better than the West – @ceis_strat consultant Matthieu Anquez (in French) https://t.co/cobm48TiOE

Elval has joined the Aluminium Stewardship Initiative (ASI) as a Production and Transformation member. Elval – a FACE member – is the aluminium rolling division of ElvalHalcor S.A. and Greece’s only aluminium rolling manufacturer.

A fire damaged Hydro’s Gloucester plant in the UK forcing the company to close the facility and look for backup solutions to serve customers. While no one was injured, the fire caused damages to the production facilities. Hydro hopes to restart operations at the earliest opportunity.

Constellium delivered strong results in the latest quarter thanks to growing demand in packaging and automotive rolled products. The company’s CEO Jean-Marc Germain also highlighted the increasing importance of aerospace and transportation in the firm’s revenues.

One of the leading events of the aluminium industry, the CRU’s 24th World Aluminium Conference, concluded in London last week. More than 210 delegates representing 129 companies from 41 countries discussed the current market sentiment and the challenges the industry is facing.

Great presentation regarding aluminium in cars. I might paint a slightly different picture this afternoon.Looking forward to discuss! @aluverband #crualuminium pic.twitter.com/TR6pibt5gr

Guinea To Boost Its Energy For Bauxite Mining

Guinea’s government plans to increase four-fold its energy output to foster local bauxite mining. The West African country is the continent’s biggest producer of the aluminium ore and also plans to break ground on an alumina refinery later this year.

Japan’s Showa Denko To Build Aluminium Can Plant In Vietnam

Showa Denko’s subsidiary Showa Aluminium Can Corporation will expand its presence in Vietnam with a third plant to produce over 1.3 billion aluminium can bodies every year. The company expects to announce further projects in its effort to increase expands its presence.

US Imports Of Chinese Aluminium Foil Fall By 64 Percent

A year after the US imposed anti-dumping and countervailing duty orders on Chinese aluminium foil, imports of the product plunged by 64 percent from 2017 to 2018, according to the Aluminium Association. The Association claims that imports of “unfairly traded aluminium foil” from China stood at 60 percent of the American import market share in 2017, but only 20 percent one year after. The move also seems to have encouraged investment in the domestic aluminium industry.