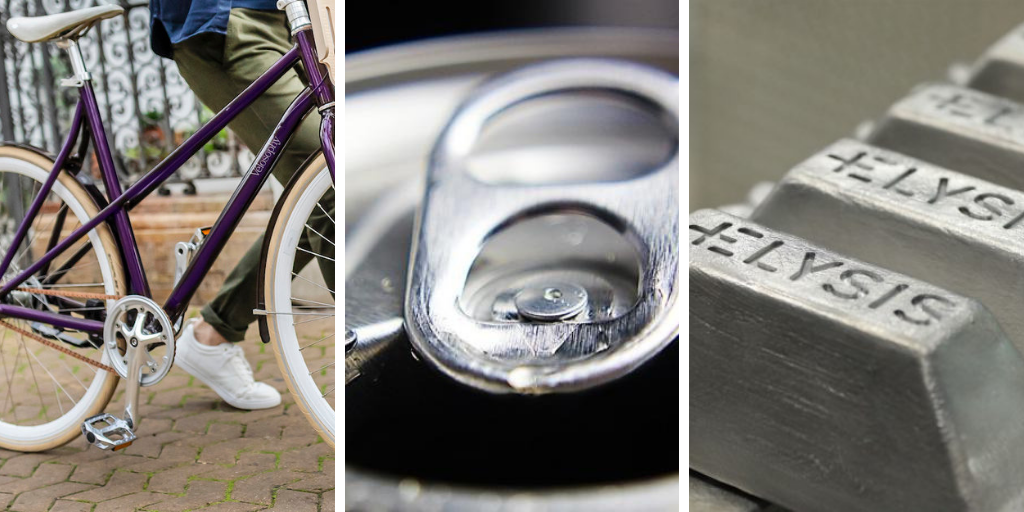 Over 300 delegates from across the aluminium supply chain will convene in Athens on September 23-25 for Fastmarkets MB’s International Aluminium 2019 – the largest event in Europe dedicated to the aluminium market. You will hear from major producers and end-users on the outlook for global supply and demand. FACE’s member Elval is a host sponsor and FACE’s Secretary General Mario Conserva will join other delegates to talk about Europe’s aluminium consumers.

.@face_aluminium's secretary general Mario Conserva will be speaking at International Aluminium 2019 in Athens this September. Learn more about the event: https://t.co/skxWeLg3IS pic.twitter.com/h69Iy4HUJk

AG Motors unveiled a new aluminium frame factory in eastern Poland, which aims to speed up the production of alloy bike frames thanks to Industry 4.0 technologies. It is Europe’s second aluminium frame production facility and boasts a capacity of 1,500 units per day and 400,000 annually. The company wants to compete with suppliers from Asia. “For bicycle manufacturers in Europe we can reduce the lead-times from 180 days when sourcing in Asia to only 30 days,” explained AG Motors CEO and owner Wiesław Marek. The innovative facility uses modern IT technologies with high-tech research centres and robotised production lines.

India’s Nalco announced plans to boost aluminium production in the country. The company plans to establish a new technology division to meet the needs of domestic buyers for complex aluminium solutions. Moreover, Nalco teamed up with Indian Defence Ministry’s Mishra Dhatu Nigam to launch a joint venture that will manufacturer aluminium alloy plate and sheet.

Manaksia Aluminium Company – India’s leading producer of aluminium flat products – reported an 11.11 per cent increase in net profit in the latest quarter. Manaksia’s sales rose by just over 33.08 per cent year-on-year. The company has an annual production capacity of 30,000 tonnes and manufactures a variety of aluminium products including aluminium sheets and special alloy ingots.

Beijing will set a limit of extra quota of 11,290 metric tonnes of aluminium scrap allowed into China during the third quarter of this year. The amount of third-quarter aluminium quotas approved to date stands at 372,476 metric tonnes. The quota is lower than anticipated while country’s plants are reporting weaker demand.

Norks Hydro announced two new aluminium brands boasting reduced CO2 emissions in the production process: CIRCAL and REDUXA. They are aimed at customers looking to promote sustainable aluminium products that are made from recycled post-consumer scrap or primary metal from hydro-powered smelters. The company cited increased demand for sustainable materials in various industries. “We are starting to see a shift in mind-set and the industry needs to support and follow – we need to create greener products, but we also need to push them and market them,” explained Bjørn Kjetil Mauritzen – Head of Hydro’s Climate Office.

Elysis – a joint partnership of Alcoa and Rio Tinto to commercialise the world’s first carbon-free smelting technology – marked the beginning of construction of its research and development centre in Sagenay, Quebec, Canada. The planned facility is expected to be operational in the second half of the coming year and will employ 25 technical experts who will work to advance the patented technology that eliminates all direct greenhouse gas emissions from the traditional smelting process, instead producing pure oxygen.

Coca-Cola – one of the world’s biggest drinks companies – will use aluminium instead of plastic to offer its drinking water brand Dasani. The company is taking this step to reduce its use of plastic and increase the use of recycled materials. Dasani’s packaging will be labelled to educate consumers about recycling.

Nespresso teamed up with Swedish lifestyle bike brand Vélosophy to produce a stylish bicycle made from recycled aluminium coffee capsules. The collaboration is part of Nespresso’s efforts to highlight the potential of aluminium recycling and encourage coffee drinkers to recycle their used capsules. Nespresso’s recycling scheme is available in more than 53 countries around the world.