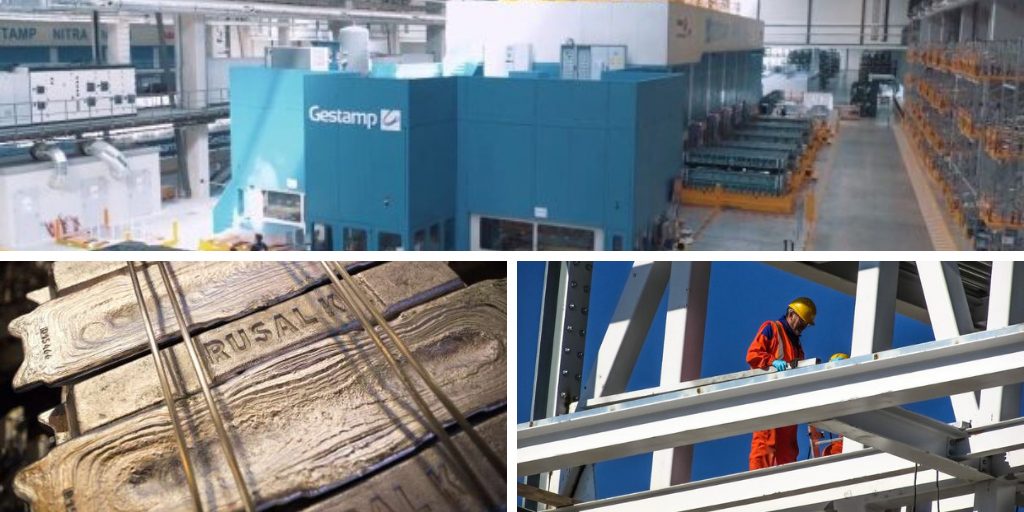 Gestamp – a Spanish multinational engineering firm specialising in automotive structural assemblies – officially opened a new aluminium plant in Slovakia. Over 70 per cent of the new facility’s production will be aluminium car parts for Jaguar Land Rover.

EGA officials pointed out that Europe is a major market for its metal at a major trade event in Germany. The EU accounts for nearly a quarter of EGA’s global sales and about one third of EGA’s supplies are destined for the European automotive sector. EGA has been supplying Europe with aluminium since 1979 and now meets over 10 per cent of Western Europe’s primary aluminium needs.

Our participation at GIFA, a major German trade event, highlights our company's impact on the European automotive industry. Close to 1/3 of our supplies to Europe are in the automotive sector, with Europe accounting for around 1/4 of our worldwide sales. https://t.co/vl5xwsCbir pic.twitter.com/7eacHuOIUf

Bosnian government officials met with Glencore’s representatives to find a way to rescue Aluminij Mostar from bankruptcy. The federal government wishes to find a strategic partner for the ailing company, but refuses to subsidise Mostar’s energy bills. Another meeting with a Dubai-based company is planned for this week.

Rusal announced the implementation of its “Big Data” aluminium production management project at several of its smelters in Russia. The pilot project – focusing on the incorporation of forecast analytics to pot room control systems – aims to increase cell operations efficiency and reduce abnormalities occurring during the smelting process.

Canadian Aluminerie Alouette went back to full capacity after successfully completing relining works. With its 594 operating pots, the plant has an annual capacity of 600,000 metric tonnes, and is targeting 630,000 metric tonnes in coming years. Parts of the plant are also undergoing a conversion from fuel to natural gas to lower costs and meet environmental goals.

The governments of Canada and Quebec will provide nearly $2.8 million in financial help to launch FjordAl Aluminium’s new aluminium rod manufacturing plant in Saguenay. The financial assistance is part of Canada’s plan to strategically boost the country’s aluminium sector.

The US and Canadian aluminium extrusion sector registered record high shipments in 2018 according to the Aluminium Extruders Council and the Aluminum Association report. Producer shipments totalled 5.51 billion pounds last year – 4.5 per cent higher than shipments in 2017. This is the industry’s ninth consecutive year of growth.

Alcoa amended its joint venture with Saudi Arabian Mining Company (Ma’aden) by transferring its interest in rolling mill to Ma’aden. The company will maintain its provision of sales, logistics, and customer technical services to Ma’aden. The companies plan to pursue independently other areas of the aluminium value chain.

Henan – China’s leading aluminium-smelting province – will cap primary aluminium production to 2.5 million metric tonnes per year from next year. The province is limiting production due to falling local bauxite grade and rising energy costs. Instead, Henan plans to transition into downstream products.

Aluminium could be crucial in helping Europe transition to a low carbon future while creating sustainable jobs. But this opportunity largely depends on European companies staying competitive in the global economy.

Rusal achieved Aluminium Stewardship Initiative’s (ASI) certifications for a bauxite mine, an alumina refinery and an aluminium smelting operation – including semi-fabrication activities. The achievement brings Rusal one step closer to its aim of gaining ASI certification of all its facilities.

Italian downstream companies Raffmetal and Fondital joined ASI as joint-members in the Production and Transformation Class. Raffmetal specialises in manufacturing of aluminium alloys and Fondital is a specialist in production of die-cast aluminium radiators.