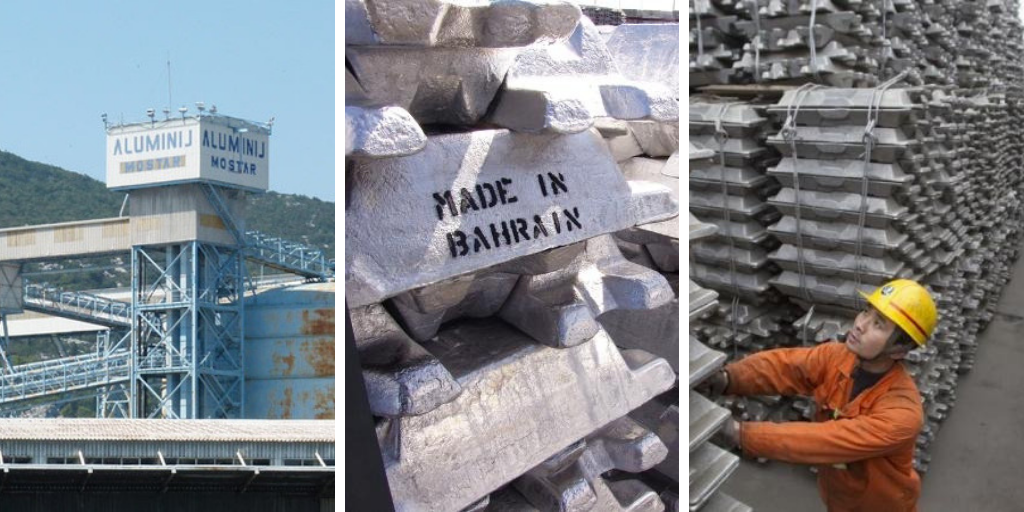 Among the latest news: in Europe, Bosnia’s aluminium industry is uncertain as its sole smelter plans to apply for bankruptcy. In the world, Indian aluminium producers are ramping up production and diversifying, China is benefitting from low alumina prices to increase aluminium output, and Bahrain’s Alba posts double-digit output and sales numbers.

Unable to face increasing alumina and energy costs, Bosnia’s heavily indebted aluminium smelter Aluminij Mostar shut down last Wednesday and will now file for bankruptcy. The government refused to subsidise Aluminij’s electricity costs and negotiations with potential partners Glencore and EGA failed to bear fruit. While the effect of the closure will be minimal on the global market, it will hit hard local aluminium transformers in Bosnia and Croatia and affect around 10,000 jobs in total.

China’s daily aluminium output reached new heights in June according to Reuters calculations. The country produced 2.97 million tonnes of the metal in June, up 1.3 per cent year-on-year. Many Chinese smelters are still operating below a break-even threshold but are helped by falling alumina prices. Alumina prices are now below pre-Alunorte curtailment levels while the aluminium price is falling due to growing economic uncertainties.

China is ramping up #aluminium production despite falling prices that are still below the mark considered a break-even threshold for many Chinese smelters https://t.co/LW1Ay0uWr4

Aluminium Bahrain achieved double-digit growth in the latest quarter despite falling aluminium prices. The company – on its way to becoming the largest smelter in the world – increased its sales volumes by 25 per cent while its production rose by 21 per cent year-on-year. And yet, Alba’s value-added sales – making up over half of its total sales – dropped by 8 per cent. The smelter expects to achieve higher growth rates once it completes it Line 6 ramp up.

Nalco To Venture Into High-End Alloys

India’s National Aluminium Company (Nalco) plans to diversify its offerings beyond aluminium according to its Chairman TK Chand. While Chand wants to focus on lithium-ion and merchant mining, the company is also moving into producing high-end alloys used in space automobiles, railways and electric vehicles. Nalco’s wants to achieve a three-fold increase in profitability.

Vedanta To Invest in Aluminium

Vedanta – India’s biggest aluminium producer – announced new investments in its aluminium business seeking to increase production by 50 per cent to up to three million tonnes of integrated aluminium. Navin Agarwal’s natural resources conglomerate is unfazed by declining prices and hopes to ride the wave of India’s steady economic growth and demand in resources.

The Indian government did not take heed of the Indian Primary Aluminium Association to raise import duties on aluminium scrap. Despite intense lobbying efforts by Indian aluminium firms to secure higher import tariffs, the government decided to keep the current levels. Indian producers expressed worries that China’s recently introduced caps on scrap imports would redirect the flow to secondary smelters in India.

Australian miner Canyon Resources discovered quality, high-grade bauxite at its Minim Martap Bauxite Project in Cameroon. Earlier this year, the miner identified 70 bauxite sites and started working on designs of a rail link to transport the raw material to the country’s port of Kribi. Cameroon has a hydroelectric powered smelter to process bauxite but still imports the raw material from abroad.

The British government announced a new set of grants for an array of industry and academia partnership projects including extra funds for Constellium and Brunel University’s project to develop new fully recyclable ultra-strength aluminium alloys for the automotive industry. Thanks to their low density, high strength and high corrosion resistance, aluminium allows are increasingly adopted by the transport industry.

Researchers in Shanghai developed a nano-ceramic aluminium alloy that is lighter than standard aerospace alloys while being up to 30 per cent stronger. The new aluminium alloy is expected to be used in China’s C919 passenger jets reducing their weight by 15 per cent. The research team is currently testing the alloy’s performance in panels and forge pieces. If successful, the made-in-China material could replace import alloys.