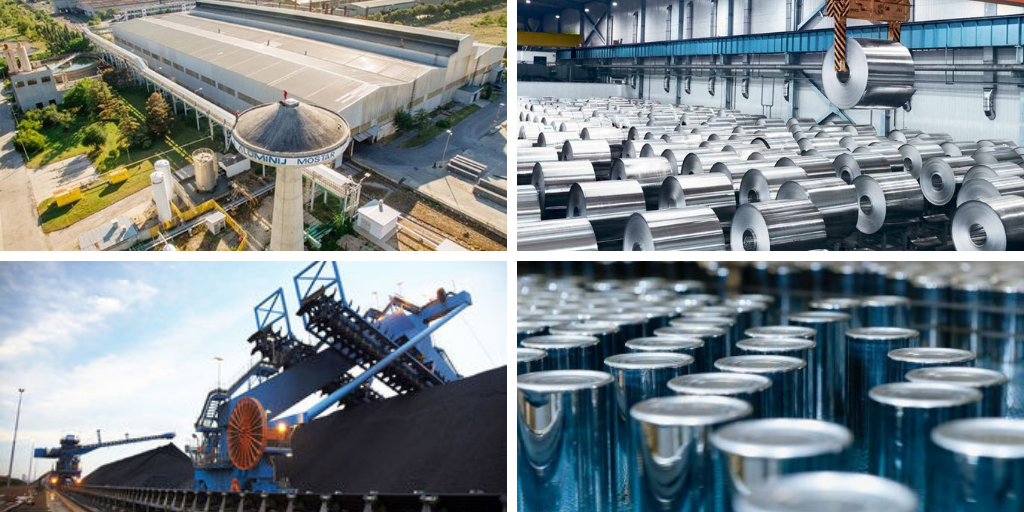 Among the latest news: in Europe, Bosnia’s Aluminij get a six-month lifeline to find an investor or face bankruptcy at the end of the year, Swedish Gränges sees its sales falling this year, and a new metal packaging joint venture is established in the Netherlands. In the world, Indonesia seeks to develop its aluminium industry, Australian South32 celebrates its latest results, and American Alcoa is warning of weak aluminium demand.

Bosnia’s ailing aluminium smelter Aluminij got six more months of state aid to enable the producer to restart work and allow for more time to save the company from bankruptcy. Electricity supply to the plant was stopped earlier in the month, but Aluminij managed to keep its electrolysis unit operational to save it from irreversible damages. Bosnia’s government indicated that unless Aluminij finds an investor, the smelter would have to be declared bankrupt by the end of the year. Glencore and Emirates Global Aluminium expressed interest in Aluminij. However, previous negotiations did not come to fruition.

Swedish rolled aluminium firm Gränges saw a decline of 5.4 per cent in its sales volume in the first half of 2019. Gränges cited lower market demand so far this year and specifically challenging conditions in Europe and Asia during the second quarter. In Europe, Gränges’ sales dropped by 10 per cent due to slowdown of light vehicle production and destocking in the supply chain. Faced with falling sales volumes, the company will seek to reduce its costs.

Irish producer of metal products Ardagh Group and American manufacturer of metal cans Exal Corporation launched “Trivium Packaging.” The new joint venture –headquartered in the Netherlands – will become one of the largest metal packaging companies in the world. Trivium will operate 57 production sites across Europe and the Americas and capitalise on Exal’s expertise in aluminium aerosol packaging.

Indonesia To Expand Its Aluminium Industry

Indonesia announced plans to boost its aluminium industry with a US$10 billion investment in refining and smelting projects. This is hoped to reduce the country’s imports of finished metals and lower exports of raw materials. The country could benefit from its abundant water supply to construct hydropower plants to cater for the energy-intensive aluminium sector.

Alcoa published its results for the second quarter of 2019, showing falling revenues of US$2,711 million compared to US$3,579 million year-on-year. The company cited weaker alumina and aluminium prices as well as the sale of its interest in Saudi Arabian joint venture Ma’aden as causes for its fall in profits. Looking into the future, Alcoa underlined tough times for aluminium due to slowing demand growth.

Kentucky Braidy Industries secured the first payment of US$200 million from Rusal for its $1.7 billion aluminium rolling mill, but still has to raise US$300 million in the coming four months or risk losing Rusal’s investment. Braidy’s CEO and Chairman Craig Bouchard underlined that the company raised funds from over 800 investors so far to build one of the world’s largest mills.

Italian Tenova via its subsidiary TARKAF announced the successful unloading of more than 1,560 wagons of bauxite ore during a two-day long test at a Guinea expansion project. The new railcar system is part of a project aimed at boosting bauxite exports from Guinea.

The government of India could introduce provisional anti-dumping duty on aluminium-coated flat products of up to US$199 per metric ton on imports from Vietnam, the People’s Republic of China, and the Republic of Korea. The government had conducted an investigation showing a significant increase in imports of the goods from the three countries under their normal value.