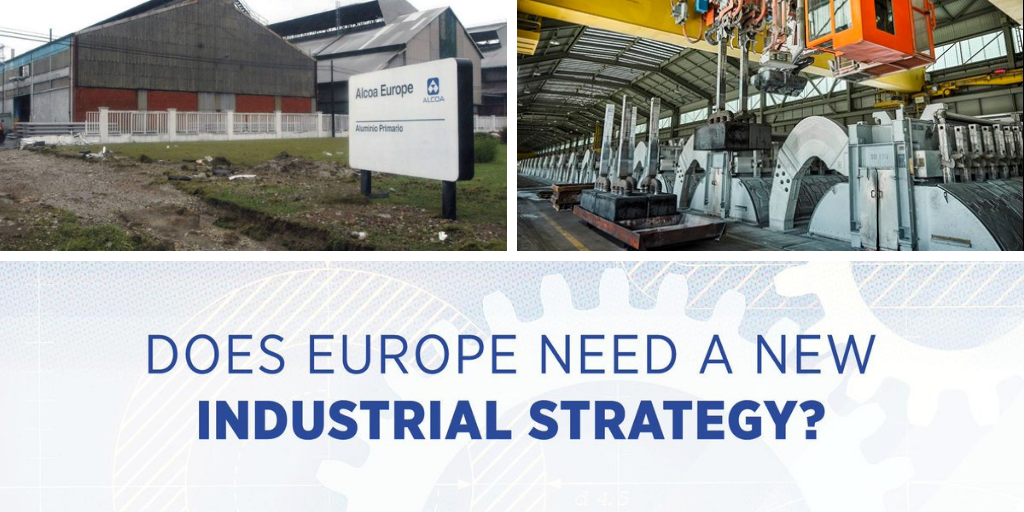 Among the latest main news: in Europe, Slovenian Impol is expanding thanks to a new BMW contract, and Politico Europe and FACE are organising a panel discussion on the future of Europe’s industry. In the world, EGA secures financing for its upstream project in Guinea, and Russian scientists unveil a new aluminium composite.

Next Tuesday June 11, POLITICO Europe and FACE will present a panel discussion on the future of Europe’s industry. Bringing together EU policymakers and industry players, the event will focus on trade and competition topics to understand which challenges and opportunities are laying ahead for European aluminium industry. Learn more here.

Follow us live on June 11 from 5:15 PM CET and find out more on what’s at stake for Europe’s industry, the challenges and opportunities for the five years ahead. Discover the full program here: https://t.co/1Nj2W9Csbi | #IndustrialEurope pic.twitter.com/kHojwdEYyz

Slovenian aluminium products maker Impol signed a €40 million deal with German car manufacturer BMW to become its direct supplier of aluminium rods for the bodyworks of new electric and plug-in hybrid vehicles for an initial period of five years. To meet the demand, Impol will build a new 3,000 square metres production facility in eastern Slovenia.

Over 130 delegates discussed current initiatives to adopt digital technologies across the aluminium value chain. The event offers an opportunity for industry players to explore how the aluminium industry is moving towards digital manufacturing. This year, speakers exchanged views on a data-driven approach to mining, refining and smelting, as well as a special workshop on cyber security.

EN+ – the parent company of Rusal – reported a slump in profits for the first quarter of this year. The company said revenue had dropped by 19 per cent due to weak aluminium prices and US sanctions impact on its sales volumes. With the sanctions now lifted, EN+ expects to increase its sales but warned about a decline in aluminium prices due to the US-China trade dispute.

Nalco – India’s largest state-owned aluminium producer – posted a 29 per cent rise in profit for 2019. Nalco’s Chairman TK Chand cited cost advantages and higher volumes as the driver behind the increase and noted that Nalco became the lowest cost producer of bauxite and alumina in the world. Nalco also broke its company records in bauxite, alumina and aluminium production in 2019.

Following closures of several alumina refineries, China plans to import the aluminium precursor. Meanwhile, domestic demand in China has been slowing down due to the on-going trade disputes. The government is thus determined to stimulate aluminium demand, specifically by developing new products for automotive and aerospace sectors.

Researchers from the National university of Science and Technology “MISIS” in Russia discovered a simple and efficient way of creating a strong aluminium composite material by doping aluminium with nickel and lanthanum. The new aluminium-based compound provides a strong and yet ultrafine structure. The new material could be used not only in cars, but also to make lighter drones that could be manufactured via 3D printing thanks to the composite’s properties.

With more electric vehicles coming to the market, carmakers are looking to make their vehicles lighter to offset heavy batteries needed to provide longer ranges, writes Autocar’s Jesse Crosse. While a care in made in pure aluminium is still some time away, car manufacturers are seeking to add more and more aluminium to their new models. However, the amount of aluminium used in cars will largely depends on further research to make aluminium stronger while keeping it lightweight.

Under the skin: Why #aluminium is a weight watcher's friend https://t.co/BpeqX8ahZ0 pic.twitter.com/aYuJwZHoAb

The Aluminium Stewardhsip Initiative welcomed its 88th member – China’s Luoyang Wanji Aluminium Processing Co – that joined as a Production and Transformation member. The company – ranking as one of “China’s top 500 enterprises” – produces aluminium for a number of industries, including transportation, packaging and construction.

US Imposes Antidumping Duties On Chinese Aluminium Wire And Cable

Trump’s metals tariffs were meant to revive struggling US steel and aluminium production, but they have instead led to higher consumer prices with minimal effect on jobs and investment, writes NYT’s economic and tax policy reporter Jim Tankersley. In fact, there are fewer aluminium production jobs than a year ago and the US production is still less than 3 per cent of the output of China. Most significantly, American aluminium consumers now pay 22 per cent more for the light metal than their international competitors while there are still no plans to build new primary aluminium smelters due to high energy costs.