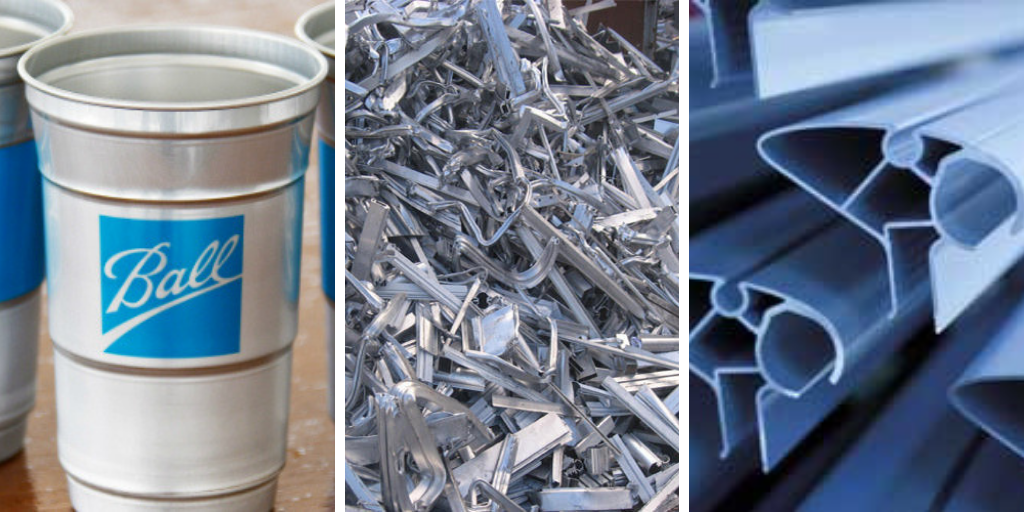 Among the latest news: in Europe, the European Commission will reportedly approve Novelis-Aleris deal, German aluminium producers are expecting an economic downturn, and European aluminium foil production is down while exports are on the rise. In the world, Indian companies are seeking to limit scrap imports, Chinese companies are releasing their first-half year results, and Ball launches world’s first aluminium cup.

Novelis-Aleris Deal To Go Ahead

The European Commission is reportedly ready to approve Novelis’ acquisition of Aleris. According to Reuters, Novelis agreed to sell Aleris’ Duffel plant in Belgium to address EU’s concerns that the deal would harm competition and lead to higher prices. While both parties declined to comment on the on-going negotiations, Novelis stated that: “We are working constructively with the European Commission with the continued aim of closing the transaction by the end of this calendar year”. Once approved by the EU, the deal will be reviewed by U.S. and Chinese antitrust authorities.

Novelis, in its bid to acquire Aleris, has agreed to sell Aleris’ Belgian plant according to sources https://t.co/XOCSIHA3IJ

The German aluminium industry is expecting an economic slowdown later this year, based on the mixed economic indicators from the first half of 2019. GDA – an association of aluminium companies in Germany – reported a reduction of production across many products and subdued expectations from its member companies. During the period, the production of semi-finished aluminium products in Germany rose slightly, while producers of extrusions reported a decline. Looking into the future, Andreas Postler – Head of Economics and Trade Policy at GDA – expressed concern about rising trade tensions: “This is not only because considerable quantities of aluminium products are being diverted to the European market but also because the sword of Damocles, in the shape of extensive protectionism, is reducing investment activity considerably in many sectors.”

European aluminium foil production registered a modest increase of 1 per cent year-on-year in the first half of this year, according to the latest figures from the European Aluminium Foil Association (EAFA). European demand remained subdued, but exports to overseas markets increased by 34.6 per cent – more than double the figure of the whole of 2018. The overall domestic demand decreased by 4.1 per cent year-on-year. Bruno Rea – President of EAFA – said the outlook remained hard to predict, underling that “export markets are notoriously volatile, particularly in current circumstances.”

The benefits of lower benchmark prices for European consumers buying on the spot market are eroded due to lucrative aluminium financing deals, writes Reuters’ Pratima Desai. Duty-unpaid premiums in Europe are the highest level since June 2018, negatively impacting European aluminium consumers who are buying the metal on the spot physical market. Total global aluminium stocks are up to almost 11 million tonnes and most of that is held in financing deals, according to aluminium trading sources.

The Aluminium Stewardship Initiative (ASI) certified Constellium’s casting and rolling operations in Singen, Germany, with Performance Standard certificate. This certification means that the plant operates to a strict set of governance, environmental, and social standards. The Singen facility – with its high-grade cold mills and integrated hot/cold rolling line – is one of Constellium’s largest sites and serves automotive manufacturers and packaging producers.

Our Packaging & Automotive Rolled Products plant in Singen has received the @Aluminium_S_I Performance Standard certificate. It is an important milestone in our #sustainable journey. pic.twitter.com/VGCwicRvfw

India’s domestic aluminium producers teamed up with a think tank and the national standards body to review standards for aluminium scrap usage in the face of rising import levels. The producers are worried that scrap imports are increasingly diverted to the Indian market due to a low import duty and the on-going U.S.-China trade dispute. In March this year, India supplanted China as the world’s biggest scrap importer. India’s primary aluminium producers have called for a four-fold increase in the import duty.

Chinese aluminium titan Chalco published the first half-year results showing a year-on-year primary aluminium production decrease of 8 per cent and a slide in profits. The company referred to the trade friction between the U.S. and China, and global economic growth slowdown as having the biggest impact on its numbers. Despite the decline in production levels, Chalco still remained ahead of Russia’s Rusal as the world’s second largest aluminium producer.

Ball Corporation’s latest product – an infinitely recyclable aluminium cup – could be a game-changer for the drinks industry. Ball – the leading company in aluminium beverage packaging – developed the aluminium cup as an alternative to plastic cups for use at home and outside. The innovative cup is a response to increasing consumer demand for sustainable packaging solutions and will be rolled out at major venues in the U.S. before being offered in other countries.

Trying to answer the question of whether aluminium cans could replace plastic bottles, Wood Mackenzie conducted research showing that replacing the 7.7 billion plastic bottles a year with the same amount of aluminium cans would require 99,000 tonnes of additional aluminium sheet stock. And yet, proponents of aluminium will have to work harder to make their case. “Our data shows a trend decline in the consumption of aluminium beverage packaging over the next ten years, except for a few emerging markets in Southeast Asia,” pointed out the report.