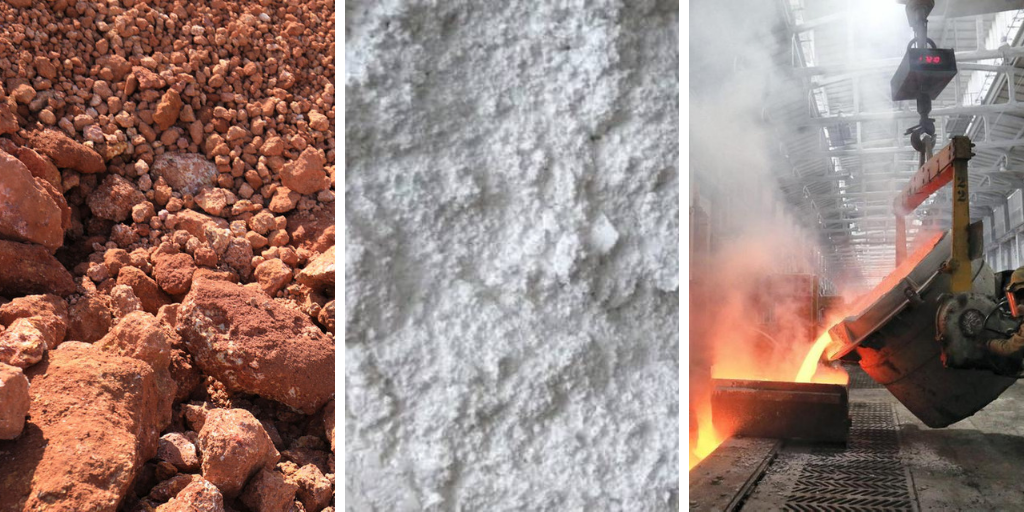 Among the latest news: in Europe, the European Aluminium Foil Association is accepting entries for the next Alufoil Trophy, TRIMET joins ASI, Novelis is negotiating with striking workers in the UK, and Bosnia’s bankrupt Aluminij is terminating workers’ contracts. In the world, Canada is investing into its aluminium sector and Australia’s Metro Mining is reporting increase in bauxite production.

FOUNDRY ECOCER And STAS To Cooperate On Products And Technology

FACE member FOUNDRY ECOCER and Canadian provider of aluminium solutions STAS entered into a partnership agreement to cooperate on marketing and sale of aluminium products and technologies. The two businesses are seeking to become key suppliers of innovative, integrated solutions for the global aluminium industry offering their customers complementary solutions

The European Aluminium Foil Association (EAFA) is now accepting entries for the next Alufoil Trophy. The association is looking for the latest products and ideas from all parts of the European aluminium foil sector to reward best practices and highlight innovative applications in the industry. “[The competition] reflects the current trends and drivers in the aluminium foil sector, particularly environmental and sustainability issues as well as innovative designs made possible by using versatile aluminium as a packaging material,” explained Guido Aufdemkamp – EAFA’s Executive Director. The award ceremony will take place during Interpack 2020 in Dusseldorf – the world’s largest packaging technology fair.

The Aluminium Stewardship Initiative (ASI) welcomed German aluminium producers TRIMET to its ranks. TRIMET joined ASI as a Production & Transformation member intending to contribute to the development of ASI standards in responsibly sourced aluminium. The company operates seven facilities in Germany and France and produces lightweight products for various industries. With more than 2,300 employees, the family-owned company serves and supplies the aluminium sector’s entire industry-oriented value chain with customised products.

Workers at Novelis’s aluminium recycling facility in Warrington, United Kingdom, are picketing outside the plant demanding a higher pay rise. The company and union representatives are continuing the negotiations to resume work at one of the primary recycling facilities in Europe. Novelis – the largest buyer of aluminium cans in Europe – said it would continue to work with the union to find a quick solution and minimise the impact on production capacities. The union however commented that “the company is not willing to move at the moment, we are imploring them to get back round the table.”

Bosnia’s aluminium producer Aluminij Mostar – which was declared bankrupt this summer after it failed to find a new owner – began terminating employments contracts of smelter’s workers. The company initially dismissed 70 workers and plans to eventually terminate contracts of five hundred workers. At the same time, Romeo Bioksic – the President of Aluminij Independent Employees Union – said that 380 workers signed new labour contracts without specifying the nature of these contracts. The smelter employed around 900 workers and was once one of the largest exporters in the Western Balkans before it shut down due to rising energy costs.

Novelis Determined To Purchase Aleris Despite US Lawsuit

While the European Commission has reportedly agreed to approve Novelis’s acquisition of Aleris, the U.S. Department of Justice (DOJ) challenged the proposed deal by launching a lawsuit against the firm. Despite the U.S. attempt to block the transaction, Novelis reaffirmed its commitment to purchase Aleris saying that DOJ’s challenge was without merit. The company will argue that the DOJ’s suit ignores the full scope of automotive body sheet competition between steel and aluminium.

Norsk Hydro, its alumina refinery Alunorte , the Pará state environmental agency SEMAS and the Ministerio Publico Federal filed a joined petition asking the Brazilian federal court to lift embargoes on Alunorte’s DRS2 bauxite residue deposit area. While production embargoes on the Alunorte alumina refinery were lifted in May, embargoes imposed on the facility’s DRS2 deposit area remained in place. The embargo was originally imposed after a flooding caused by rainfall leading to curtailments in production. At the moment, the refinery is using its older DRS1 bauxite residue deposit.

Australia’s Metro Mining reported a seven per cent increase of bauxite mined in August at its Bauxite Hills mine. The company cited improvements in haulage, transhipment, and screening processes as reasons for improved mining numbers that reached 476 thousand wet metric tonnes of bauxite. Metro Mining expects the mine to maintain current levels for the remainder of the year. The company’s Bauxite Hills mine is one of the largest in Australia and Metro Mining’s exploration rights are second to only those of Rio Tinto Alcan.

Canadian government announced over US$4.9 million for 10 steel and aluminium companies across British Columbia to help them diversify products, reduce costs and improve competitiveness. Releasing the funds, the federal government underlined the importance of these industries to the country’s economy. The funding is primarily aimed at SMEs and will help them to cater to regional needs and create around 97 jobs in local economies.

Why Is The LME Aluminium Price Ignoring The Bullish Fundamentals?

Decade-low stock levels, elevated premiums and high raw materials costs seem to have no effect on the aluminium price on the London Metal Exchange. “The stocks have continued to dwindle but the price direction has moved in an opposite way – it is completely disconnected,” commented a LME floor trader. So why does the price remain at historically low levels despite bullish fundamentals? Fastmarkets MB seeks to find out why (paywall).