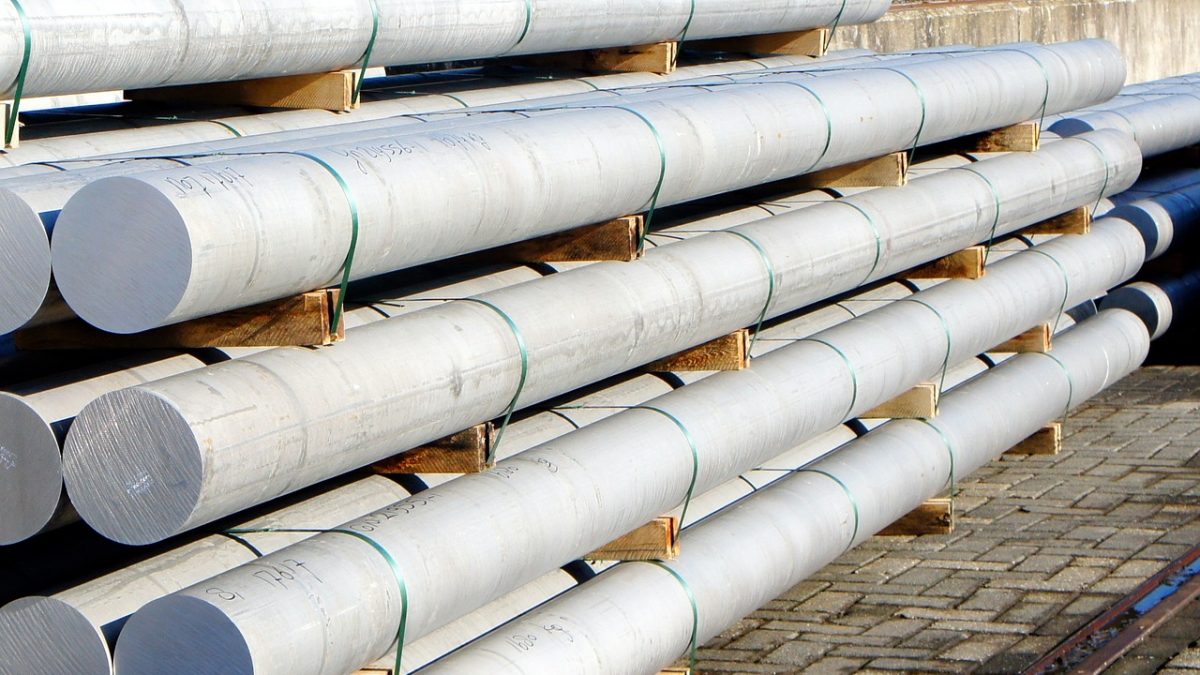 Sometimes great developments come when the right persons meet at the right place and in the right time; the so-called lucky combination of lucky events. Certainly the collaboration between Sural and Danieli has been the starting point for a disruptive “Innovaction” (innovation through action) in the strategic industry of plants for producing nonferrous rod (aluminium and copper) but… let’s start from the beginning.
A few words about Sural
Sural , one of the major aluminium rod manufacturer worldwide, was established in Puerto Ordaz (Guyana – Venezuela) in 1975. Sural started the activity in Quebec (Canada) during the year 1993 with a wire drawing factory operating in the field of special wires for mechanical applications. Subsequently, starting from 1997, they run also a rod manufacturing facility in Italy over a decade or so.
During the past few years, Sural has consolidated his presence in Canada, firstly with the acquisition of an existing rod facility in Becancour previously owned by Alcoa and, in 2013, by establishing a new factory in Victoriaville (Quebec). In this Factory the aluminium rod is produced by the brand new DER-AL (Danieli Endless Rod–Aluminium) Plant, representing the benchmark of the Industry for the production of the most complex mechanical alloy rods.
In summary, now-a-days, the aggregated rod production of Al rod of Sural ’s plants in Venezuela and Canada is in the range of 180,000tpy serving the most important cable makers and the most important suppliers for components addressed to automotive and aerospace industries.

The birth of the collaboration
It was some five years ago when the Top Management of Sural approached Danieli for discussing a possible collaboration in their new project. In fact, Sural was looking for an innovative Al rod Plant capable of producing the broadest range of alloys rod, both for mechanical and electrical applications and automated in a way to allow the exploration of unexplored (with rotary wheel and belt and direct rolling) alloys rod, such as AA7075 and similar. In a few words, Sural was looking for a sturdy equipment, derived from rolling lines for steel, with an automation system capable of managing the whole process in a simple and repeatable way and not just the interlocks among the various machineries composing the Line.
Danieli was surprised and flattered at the same time since Sural preferred Danieli to the other OEMs having specific experience and consolidated historical references so that, proudly, Danieli accepted the challenge. Danieli was in fact confident that important innovative technical solutions could have been imported from his tremendous know-how accumulated during 100 years and more in melting, casting and rolling steel in a very broad range of shapes and from the most recent experiences gained with the process of aluminium foils and billets.
Talking about some reference “numbers”, steel rod processed by Danieli Micromill (MIDA) reaches the spooler at 35mps (40mps in some cases) whereas, in the biggest
Al Rod Plant rated for a nominal capacity of 15tph, the rod threads the spooler at a speed below 22mps. The UTS of steel is not even comparable with the hardness and UTS of the hardest aluminium alloy rods. These considerations made Danieli and Sural very positive about the viability of this project. The ideas became sketches, the sketches became shop drawings, the drawings became sturdy machinery and…. and…. the first DER-AL Plant was commissioned at new Sural Factory.

Where: M is the output rate; ρ is the specific weight of Al; v is the travelling speed; A is the cross sectional area of the cast bar.
The veterans of this industry know that bigger is the cast bar, slower is its speed and higher is the thermal stability and the overall quality of the cast bar. Of course, it is necessary to have downstream the casting machine a rolling train sturdy and flexible so as to minimize the number of stands and matching flexibility in producing various rod diameters.
The automation system, designed and supplied by Danieli Automation is the heart of the DER-AL Plant. The setpoints of process variables are pre-set and adjusted simply acting on the TWS (Technological Work Station) which is located in the main control room as displayed in the picture. It has been conceived for limiting or eliminating the manual operations and coordinate the process in the Plant in any working phase: normal operations, startup and shut down and emergency that might unlikely occur. The pictures where one can see sturdy Operators driving the cast bar, with pliers and tools, from the casting machine to the nearest pinch roll is, in our opinion, far away from the minimal safety and quality standard; to be avoid absolutely.
In DER-AL Plants, the Operator’s attendance is required only for driving the cranes or forklifts for moving the finished coils and for conducting laboratory test and maintenance operations of course.

Rod Diameters
The Table A reflects the rod diameters that Sural has requested for the Project. However, the DER-AL allows, to roll and coil any diameter in between Ø 9.5mm and Ø 32mm, simply by changing few rolling rolls, the correspondent guides of the rolling mill and adjusting the speed of the concerned motors according to the resulting Roll Pass Design (RPD).
Coils weight and dimensions
The spooler supplied by Danieli allows the production of high density bobbins (otherwise called “Pitch-to-Pitch”) and low density bobbins (otherwise called “Random”). In Canada the rod Users are used to jumbo bobbins exceeding 3t of weight. Therefore, following this market requirement, Danieli supplied the spooler capable of making such coils, as displayed in Table B. The Table C shows dimensions and weights of standard bobbins.

Alloys range
The DER-AL Plant at Sural has been conceived not only for producing the most complex alloy rods currently requested by the market but also for exploring new alloys either not yet on the market or presently produced with different technology likewise the AA7075; the Table D displays, just for reference, alloys designation and commercial applications.
Summary of the major input design
of the DER-AL plant at Sural
Here below are summarized the major input design and macro information skipping the portion pertaining to furnace which goes beyond the purpose of this short article.
• Nominal production rate referred to AA 1370: 9.5tph;
• Casting technology: crystallizer machine based on wheel and belt technology, with the path of the cast bar in line with the rolling axis;
• Rolling Mill Train: is composed of a plurality of sturdy 2-rolls rolling stands – FFB – fitted on two base frames.
Each stand is powered by a dedicated AC variable speed motor. The rolling sequence is oval-to-round as displayed in the picture. All the stands of the roughing mill are interchangeable and similarly, all the stands of the finishing mill are interchangeable. This standardization allows to reduce the inventory of stands; in this specific case two are sufficient for running the DER-AL plant with maximum serenity.

Innovaction
What does it mean the word “Innovaction”? It is our Company’s motto. It is our slogan that melts two simple but very important words: Innovation through Action. The colossus Danieli, having the Headquarters in the active Italian North East, has decided to make large investments (Action) for bringing his contribute of Innovation to the strategic industry of machinery for producing aluminium rod, copper rod and aluminium ingots.
The input factors are obviously the necessity of improving the OEE, the OpEx and the flexibility through the implementation of intelligent automation. Very important as well is the reshape of the role of the Operators with respect to the production process. A long road map indeed… and the story will continue…