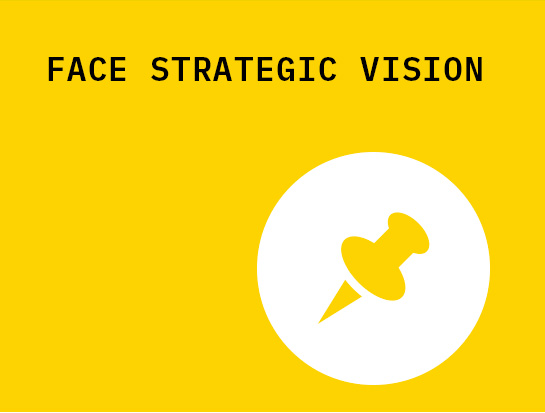 FACE at the service of the competitiveness of the EU aluminium industry.

The Federation of Aluminium Consumers in Europe, FACE, was established in 1999 by independent European aluminium transformers, mainly from the rolling and extrusion sectors.

FACE foresaw the robust demand growth for aluminium applications in the EU due to the block’s high per capita use, environmental consciousness and ambitious climate policies further strengthened today by the urgency of the ambitious implementation of the Paris Climate Agreement, and, consequently, the need to support downstream SME’s, which constitutes 95% of the workforce in the EU aluminium industry, and its only sector with a potential for growth.

FACE’s strategic vision is that the security of competitive and sustainable supplies of aluminium as a raw material to the EU relies on the diversity of sources able to commit on long-term significant quantities and on the co-development of metallurgical specialties (the same way as energy security is thought in terms of diversity of supplies ).

Today the strategic pillars of our industry’s supplies are the EU domestic production base (which is inexorably reducing), remelting and recycling, duty-free flows (whose ownership is concentrated), Russia and the GCC, while many sources in the rest of the world, besides distant logistics, have the disadvantage, notably in India and China, to produce aluminium with a very high carbon footprint incompatible with the European climate and environmental policies and with our industry’s efforts to position aluminium as the preferred environment-friendly and climate-resilient material in the XXIst century.

In a context of structural shrinking of the EU domestic smelting base and of the development of the circular economy, a sound industrial and trade policy would require that besides the domestic production including recycling, the EU aluminium industry would benefit from a competitive access to 100% of its imported supplies as duty-free sources.

Indeed, data shows that in the course of the past twenty years, in a double context of structurally declining EU smelting base and 3 to 5% annual growth of demand, the EU downstream has developed at a very slow pace, while most benefits from the growth of demand were captured by extra-EU competition.

This is to say that the future of a strategic and sustainability-oriented European industry is at risk of general devitalisation.

A major cause for the weakened competitiveness of the EU downstream aluminium sector is the maintaining of an economically absurd import tariff structure on its raw material.

Since its creation, FACE advocated for the complete elimination of the EU’s 6% tariff structure on alloyed and not alloyed unwrought aluminium and for the defence of the 7,5% import tariff structure that still can play a protective effect in favour of EU semi-finished and finished products.

FACE now is set to launch a new round of advocacy in view of the complete liberalisation of the supplies of unwrought aluminium into the European Union, and, to support its views, has commissioned a study on the competitiveness of the EU downstream aluminium industry to the LUISS University in Rome, to be published in June 2019.

More than 70% of the aluminium processed in the EU is imported. The raw primary metal deficit in 2017 was estimated at about 5.1 million tonnes and it continues to grow underpinned by demand from the transport, construction, energy and other sectors.

The existence of the import duty on unwrought aluminium is not able to remedy or compensate high labour costs, energy tariffs and the lack of investments in primary aluminium production within the EU.

Keeping an import tariff on unwrought aluminium doesn’t support in any way the maintaining of the production of primary metal inside the EU, as demonstrated by twenty years of continued concentrations and disinvestments, and in fact its only effect is to impose an economic burden to the EU downstream sector, whose competitiveness is eroded by an artificially higher cost of its raw materials.

The reason is that the 6% duty level serves as a benchmark for the EU market price forming: all quantities of unwrought aluminium sold into the EU, irrespective of their origin, includes an artificial extra-premium of around 6%. This price-forming mechanism that happens in the EU market only creates an average extra-cost of more than 1 billion euros annually for the EU downstream aluminium industry and end-users.

For the same reason, new Free Trade Agreements with duty free access for unwrought aluminium from new sources (for example the FTA’s with South Korea and with Canada) do not in any way help the European aluminium industry, on the contrary. Because of the generalised price-forming mechanism described above, these new FTA’s benefit only extra-EU suppliers but not the downstream EU aluminium industry which continues to pay the same artificially higher prices for its raw material, while suffering the additional harm of tougher competition from extra-EU companies enjoying preferential trade conditions from FTA’s.

The import tariff for unwrought aluminium has obviously lost its original purpose of protecting the EU primary aluminium producers and instead is an extra fiscal burden for all consumers of the metal in the EU, which impedes growth and competitiveness in this important sector.

The future of the EU aluminium industry rests on the ability of its downstream segment (95% of the jobs in this industry) to continue developing and keeping a technological edge vis à vis extra-EU competition.

FACE seeks the support of all concerned Associations of users and consumers of aluminium to convince our constituencies that the future of our industry is at stake and that the great promises and huge potential of aluminium, the climate-friendly metal, should not be left pray to foreign competition in Europe, its birthplace and most promising market worldwide.