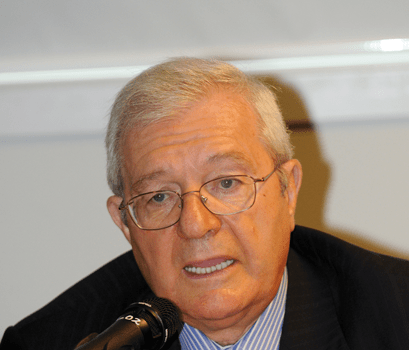 On February 16th, the US administration, in Section 232, issued its recommendations to the Government on the effects of imports of aluminium (and steel) products on national security, suggesting the adoption of measures of protection for the containment of imports. It was one of the points among those proposed to his audience by Trump; the motivations behind the recommendations are practically a ludicrous excuse, however everything is neatly presented and put on track with a good timing, of course in view of the next mid-term elections and based on electoral surveys. As a consequent practical act, Donald Trump announced with much pomp and somewhat theatrically on March 9th the imposition of an additional duty of 25% on steel imports and of 10% on aluminium imports from all countries, the exceptions at the moment being Canada, Australia and Mexico. Regarding Brazil, Argentina, South Korea and the EU, these measures are temporarily suspended.
It is superfluous to underline the exceptional impact of these new measures, which should come into force within two weeks, on the flows of international trade, a delicate mechanism which, after all, is working rather well. The announcement, albeit not unexpected, gave rise to immediate strong negative reactions, in particular from countries that are friends of the USA, and the European Trade Commissioner Cecilia Malmstroem declared that if the EU were not exempted from the measures, this would inevitably trigger tariff retaliations on sensitive US products, mentioning peanut butter and orange juice along with other 200 typical products made in the USA identified as interesting. Commission President Jean Claude Juncker also made himself heard, stating that although he does not like hyperboles, Trump’s behaviour cannot be defined in any other way but as the beginning of a commercial war, reaffirming that the EU could take revenge with tariffs on imports of gods which are symbolic and well-loved by Republicans, such as Harley-Davidson motorcycles, which are produced in Ryan’s Wisconsin, or Kentucky bourbon, which comes from the State of the influential head of the Republican majority in the Senate, Mitch McConnell.
Even Japan has made itself heard with similar positions, warning of the planetary dangers arising from the blow below the belt which the US are dealing to the global market and its rules. The fact is that the US measures, which will in any case have a negative impact on global markets, unless there will be a reconsideration on Trump’s part regarding a better treatment of “friends” in Europe, will really determine a revolution in relations across the Atlantic, because the stakes are very high, the new tariffs inevitably mean increases in costs and severe limitations of choice for the European industry.

The real problem is overcapacity
The underlying issue has been known for some time, both for steel and for aluminium, and it is the problem of a global production overcapacity generated by the intense expansion of production investments in China in the two segments; in order to sell at all costs, something which typically occurs in a non-market economy, distortion mechanisms have been used, it is sufficient to mention the numerous cases of dumping. This is the underlying point, and it cannot be resolved by unilateral decisions that will have no other effect than to further poison the market, for example, what will Europe have to do to protect itself from the predictable avalanche of flows towards the EU of steel and aluminium materials and products already destined for the US market and, due to the tariff block, diverted to the old continent?

Reactions and possible retaliations from other countries
It is clear that for Europe to find new outlets for its production of steel and aluminium would not be a minor problem; also, many production sites, already in difficulty due to the oversupply in the world and their low profitability, would risk closing down. In this state of affairs, which is still very fluid, the impression is that the EU is ready to react proportionately and in line with the rules of the World Trade Organization (WTO), in the event that US measures will be formalized and affect the economic interests of the EU; symmetrical retaliations related to the specific cases of the two metals involved should be excluded, not only because they could not be unilateral towards the USA, but basically because they would be the coup de grâce for the two EU industry segments that are not made up only of raw metal production but also, and above all, of transformations, processes and downstream uses. Let’s keep in mind, something that not everyone can do with the indispensable intellectual honesty required in this type of analysis, that the aluminium downstream is already penalized in Europe by a convoluted duty on the import of raw metal for an extra cost of over a one billion euros a year. In case of necessity, that is, if the duties on steel and aluminium should be confirmed for Europe, it is assumed that there would be a retaliation of European tariffs with a tariff of 25% on $ 3.5 billion of imports of relevant US products, such as agricultural products , consumer goods, alcoholic beverages.

But there are protests also in the USA
On the other hand, Trump’s decisions have raised a ruckus of discussions even at home, and it could not be otherwise, because in global trade the mechanisms are quite complicated, reaching a balance is not easy, the fake strokes of genius and improvisations do not always work and there are not too many shortcuts. The American steel and aluminium producers and the three hundred thousand workers in the two sectors are obviously satisfied, but the millions of people in the US who work in the respective industrial segments downstream of the primary productions concerned, who see a not-so-merry future, have completely different reactions: so the Aluminum Association, the powerful American association of aluminium, with 114 member companies employing 713,000 workers in the United States, made clear to Trump that the Section 232 Tariff on aluminium is not at all a good idea, stating that the proposed tariffs are not the remedy to the fundamental problem of the strong overcapacity of aluminium in China, and will have severe negative repercussions on the trading partners of the supply chains who abide by the rules. In other words, the employment in transformations and applications downstream of the light metal will be heavily penalized, which is to say, there will be a serious damage for 97% of total employment in the aluminium sector. It is a strong signal to hear these concepts expressed by one of the strongest aluminium associations in the world, which obviously does not intend to take only the side of the powerful metal producers, but also looks at the complete supply chain.
On the same tone are the comments of another important American association in the sector, that of aluminium extrusion, the Aluminum Extruders Council (AEC), which strongly urged Trump to reconsider his decision, saying that the effects of a 10% duty on US imports of unwrought metal would lead to wiping out at least 23,000 jobs in the US aluminium chain and no less than 90,000 direct jobs in the US manufacturing sector.
Finally, it could be taken for granted that serious concerns would be expressed by the spokespersons of companies and associations in end user sectors, from cars to packaging, from construction to the mechanical industry. We shall provide a quick summary taken from the press releases which appeared on US printed media: the Motor & Equipment Manufacturers Association, representing US auto parts manufacturers, pointed out that new duties will make cars more expensive and new tariff measures could put many of the more than 800,000 jobs in the industry at risk; Ford, which naturally uses a lot of steel and aluminium for its cars, said in a very conservative note that tariffs could lead to higher domestic commodity prices, damaging the competitiveness of US producers; brewer Coors Light and Miller Light said that price increases could lead to job losses across the beverage industry; oil industry spokesmen warned that Trump’s steel tariffs could derail the country’s energy boom by causing price increases on US-imported steel that oil companies use in large quantities in drilling and production, as well as in gas pipelines and refineries. Finally, with regard to the appliance industry, Whirlpool, which recently benefited from the new rules imposed by Trump on US imports of washing machines, said that the new measures will increase US production costs of many products in the supply chain, such as dryers and refrigerators.

What is the logic behind all this?
The icing on the cake of this controversial and apparently senseless one-sided position taken by Trump is that the measures will be thunderous and probably full of negative consequences for everyone, but will not affect the real problem that is precisely the overcapacity Chinese steel and aluminium; China will not find it too difficult to place its surplus of metals elsewhere, it will have all the time it takes to put in place adverse retaliations, it will not be so difficult, just think that China is the world’s largest treasury debt holder USA. On the other hand, we risk an unprecedented trade war, such as has not been seen in many decades. Who benefits from all this then? The answer will probably come from the mid-term US elections next November.