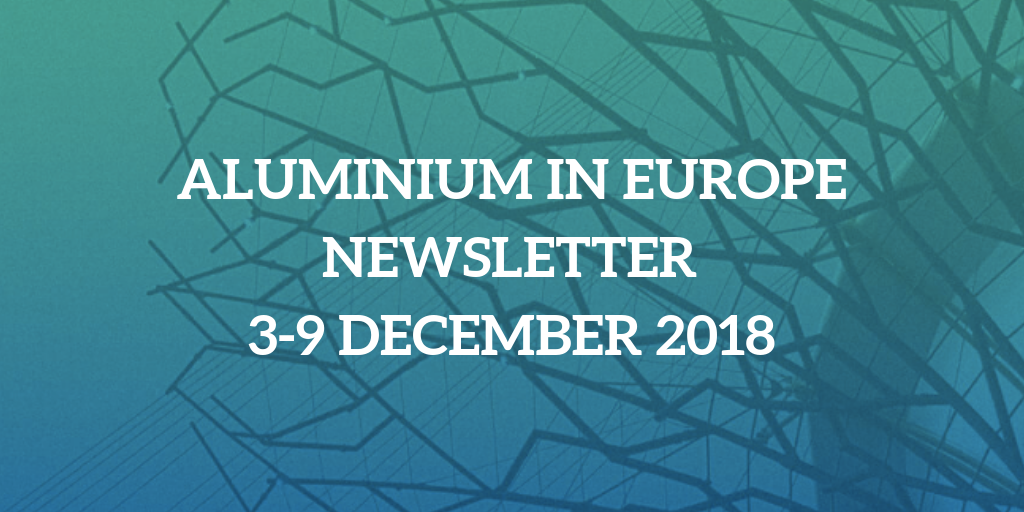 Among the latest main news: In Europe, Constellium continues its partnership with Audi and will supply aluminium for the new Audi A6 model. FACE members: Emirates Global Aluminium is recognised by the UAE’s government for its contribution to the country’s development, and Rusal ranks among 100 best emerging markets performers. Aluminium is increasingly a material of choice in the transport sector. In the U.S., Trump’s tariff duties are driving up costs for companies and taxpayers.

Constellium To Supply Aluminium Sheet For The New Audi A6

The Amsterdam-based aluminium semi-products producer announced a new partnership with German carmaker Audi AG to supply aluminium automotive body sheets for the new Audi A6. This model is produced at Audi’s plants in Neckarsulm, Germany and Aurangabad, India. While the car is already available in Europe, the launch for the North American market is scheduled in the coming autumn.

EGA is said to be planning to refinance up to US$6.7 billion of its outstanding debt, reports Reuters citing banking sources. The new deal will include the refinancing of some or the entirety of its 2016 loan, amending and extending some of its existing facilities and potentially some new financing. EGA confirmed in a statement to be in discussion with various lenders.

EGA received the UAE Pioneer Award in honour of its service to the country and for its pioneering spirit. The UAE recognised EGA’s rapid growth in both quantity and quality of aluminium offerings. Beginning in the late 1970s, EGA has taken the UAE from no aluminium production to the fifth largest aluminium-producing nation in the world. EGA employs over 7,000 people in the UAE and established itself as an essential part part of local and global supply chains in sectors from construction to automotive.

Rusal – the largest primary aluminium producer ex-China – secured a place among the top 100 Best Emerging Markets performers according to the list compiled by Vigeo Eiris – a leading international rating agencies that reviews organisations based on their adherence to sustainable development goals. Having analysed 855 companies from 35 industries, Vigeo Eiris included Rusal based on its score for best practises in the areas of human rights, environmental protection, human capital, corporate governance, business ethics and contributions to social and economic development. The ranking helps international investors to make informed investment decisions that promote sustainable development.

Daiki Aluminium Industry of Japan plans to build an 84 thousand MTPA aluminium alloy plant in India. Betting on secondary aluminium, the company says that aluminium recycling is gaining in importance as en economically valuable raw material across the globe. The company plans to bring raw materials from the U.S., UK and the EU and sell finished products to automakers in Asia.

Companies Are Joining The Race For Guinea’s Resources

Yet another company hailing from China – Xinjiang Joinworld – announced plans to construct an alumina refinery in the West African nation. With the world’s largest known reserves of bauxite ore, multiple companies have so far set up shop in Guinea.

The Aluminum Association has welcomed the U.S. International Trade Commission (USITC) unanimous determination that imports of common aluminium sheet from China are detrimental to U.S. domestic producers. As a result, the U.S. Department of Commerce (DOC) will impose antidumping and countervailing duties. It was the first time in more than 25 years that the DOC started investigations on its own initiative.

Across-the-board tariffs are not addressing the problem of China's illegally subsidized #aluminum overcapacity. It’s time for @realDonaldTrump and @USTradeRep to remove aluminum tariffs on key trading partners and focus on China. https://t.co/p9RVJX1P8M pic.twitter.com/tHNZiRmyjg

Rio Tinto made the first shipment of Amrun bauxite weeks ahead of schedule. The new mine is replacing production from the depleting East Weipa mine. Rio Tinto boasts the largest bauxite resources in the industry and is supplying China’s import needs supported by its refineries and smelting operation in Australia and New Zealand.

The first shipment of bauxite is on its way to our Yarwun alumina refinery in Gladstone departing from our newly operational Amrun mine in far north Queensland. The shipment is six weeks ahead of schedule and confirms mining will continue in the region for decades to come.

Aluminium use in the production of trains is steaming ahead in India with Alstom planning to roll out trains and double metro coaches made of the light metal. “We will be doubling our capacity by setting up a new line that could manufacture 22 cars per month,” commented Alain Spohr, Alstom’s Managing Director for India and South Asia. Aluminium in transport allow for lighter and more durable coaches with better corrosion resistance. The lightweight properties of aluminium help trains to consumer less energy and increase speeds.

Launching in June this year, the Electric-vehicle start-up NIO is on its way to hit its first record in sales by the end of the year. Novelis signed a deal with NIO to allow the Chinese company to create a wide range of structural components and parts for its aluminium-intensive NIO electric SUV models. By 2030, aluminium demand from EVs will near 10 million tonnes, a ten-fold increase from 2017, estimates CRU Group.

The Dutch shipbuilding yard Hessen Yachts announced the sale of its yacht known as the seventh iteration of the Heesen 5000 Aluminium class. Research and development spur aluminium demand in marine construction, where the metal follows a similar trend to that in the automobile industry.

@Heesen_Yachts has announced the sale of its 50 metre superyacht Project Aster, with the buyer introduced by Arcon Yachts.

US Tariff Duties Drive Up Costs For Companies and Taxpayers

While a boon for some like U.S. aluminium maker Century Aluminum that is planning to expand production, Trump’s trade war led US companies to pay a record $6.2 billion in tariffs, reports Business Insider. October payments represented the largest monthly tariff collection amount in history. The costs of Trump Administration’s tariffs on steel, aluminium, and Chinese goods are mostly being borne by American companies that have to delay investment decisions, and create fewer jobs or even cut jobs. US companies have warned that consumer prices could also rise if company costs continue to increase.

Trump’s tariffs could also inflate the cost of public works, writes Bloomberg. While it is unclear how much exactly tariffs hikes will add to the cost of public works in future, the article illustrates the situation with cases from across the country where inflated price tags led to higher costs for taxpayers. The U.S. Congress plans to vote on a national public-works programme next year.