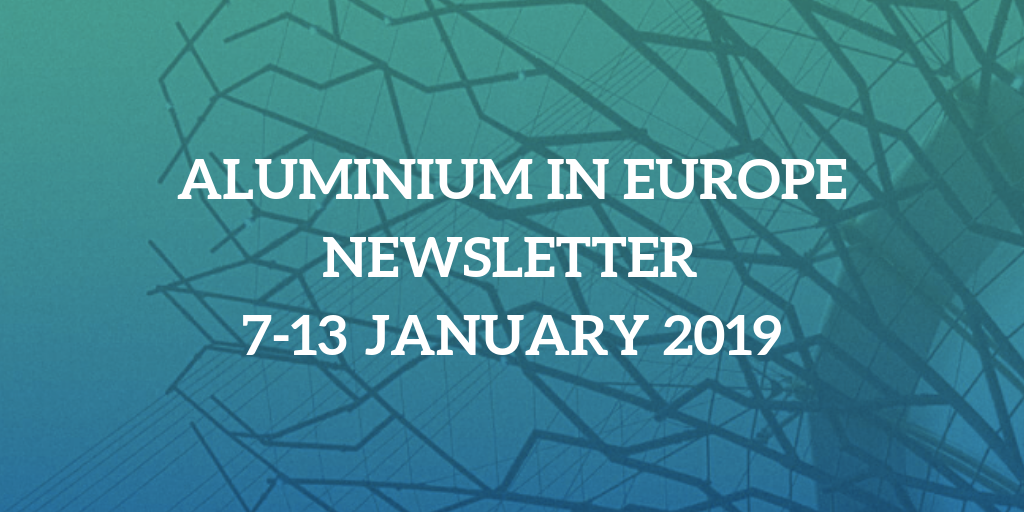 Among the latest main news: In Europe, India’s auto components maker Endurance Technologies acquires Italian die casting company Fonpresmetal, and Etem Bulgaria is divided into to companies and will receive investment from its parent company Viohalco. In the world, full operations may soon restart at Hydro’s Alunorte alumina refinery plant in Brazil, while Chinese government issues a warning about the country’s excess alumina capacity.

The Belgian manufacturer of aluminium profiles Viohalco – the owner of Etem Bulgaria – decided to separate its Bulgarian business into two new ventures: the first one specialised in the production of extruded aluminium profiles, while the second one will focus on their processing activities. Viohalco also announced a €30 million investment programme for the installation of new equipment for additional aluminium profiles processing in Bulgaria. The two new firms will also sign an agreement with Gestamp – a global specialist making components for the automotive industry.

Norway’s aluminium producer Hydro expects to return to full capacity at its Alunorte alumina refinery plant in Brazil within weeks or months, according to the company’s CEO Svein Richard Brandtzæg. While the process of going back to full operations is yet unclear, Brandtzæg said that “things are falling into place … and the decision process will be somewhat faster” now that Brazil has a new president and the state of Para – where the facility is located – elected a new governor. Alunorte, the world’s largest alumina refinery, has been operating at half capacity due to environmental concerns since early 2018.

LME Will Trade Rusal Aluminium Once Sanction Are Lifted

The London Metal Exchange confirmed that it would resume trading Rusal’s aluminium as soon as the U.S. sanctions on the company are lifted. The LME proposed ending suspension on Rusal metal back in December when the Trump Administration announced reaching a deal with the Russian company. The LME expects to remove the sanctions on the largest producer of aluminium outside China on or around January 18.

The Australian Workers Union will challenge the Fair Work Commission’s decision in favour of Alcoa that allowed the company to terminate its enterprise agreement, risking thousands of jobs at its aluminium smelters and bauxite mines in West Australia. At the time, the strike coincided with the partial shutdown of Hydro’s Alunorte refinery and strained the global supply of alumina leading to a 40 per cent increase in prices for the aluminium precursor.

Aluminium was the weakest performer among base metals in the LME in the last two months of 2018, and the light metal could lose even more value, reports Reuters. Aluminium’s price was affected by concerns about excess supply should the sanctions against Rusal be suspended this week, as well as due to smelter re-starts in the U.S. and large expansion projects in Bahrain and China. “This is all coming at a time when demand is proving to be relatively soft and slowing in a number of the major markets,” commented Ross Strachan, senior commodities economist at Capital Economics in London.

American businesses are counting their losses due to retaliatory tariffs imposed on U.S.-made products as a response to the Trump Administration’s Section 232 steel and aluminium duties. Almost 150 companies joined forces to form the Americans for Free Trade association to bring to attention the costs of Trump’s trade policy. In a letter addressed to Congress, the companies highlighted the trade policy as harmful to their industries and urged Washington to concentrate on China, saying that Beijing “must be held to account for its violations of our trade laws and the international trade obligations all nations share.”

Canada And U.S. Unable To Reach Agreement On Aluminium Tariffs

While Prime Minster Trudeau sought to put pressure on President Trump over aluminium and steel tariffs, the two leaders did not seem to even agree to put the subject on the agenda of their meeting at the beginning of this year. Canada has been working with members of Congress and business groups on seeking to change Trump’s mind over the metal tariffs, although to no avail. “The prime minister raises it with the president every time he talks about it,” said a source to Reuters, adding “there are no specific negotiations taking place, nor are there any specific negotiations scheduled.”

The Chinese government expressed concerns over potential domestic alumina overcapacity. Global factors including the Rusal sanctions, the partial closure of Hydro’s Alunorte refinery and the strike at Alcoa’s Western Australia operations led to an increase in alumina prices in 2018 and prompted Chinese plants to consider new alumina projects to cover the shortages in the global supply chain. However, a new government report highlighted that the domestic alumina industry might end up with unsustainable capacity levels and issued recommendations to lower the risks as the prices of alumina started to fall.

China’s exports of unwrought aluminium and other aluminium products increased to 527,000 mt in December 2018, from 440,000 mt in the same month of 2017, according to preliminary data published by the General Administration of Customs. Over January-December 2018, exports totalled 5.80 million mt, which was up 20.9 per cent year-on-year.