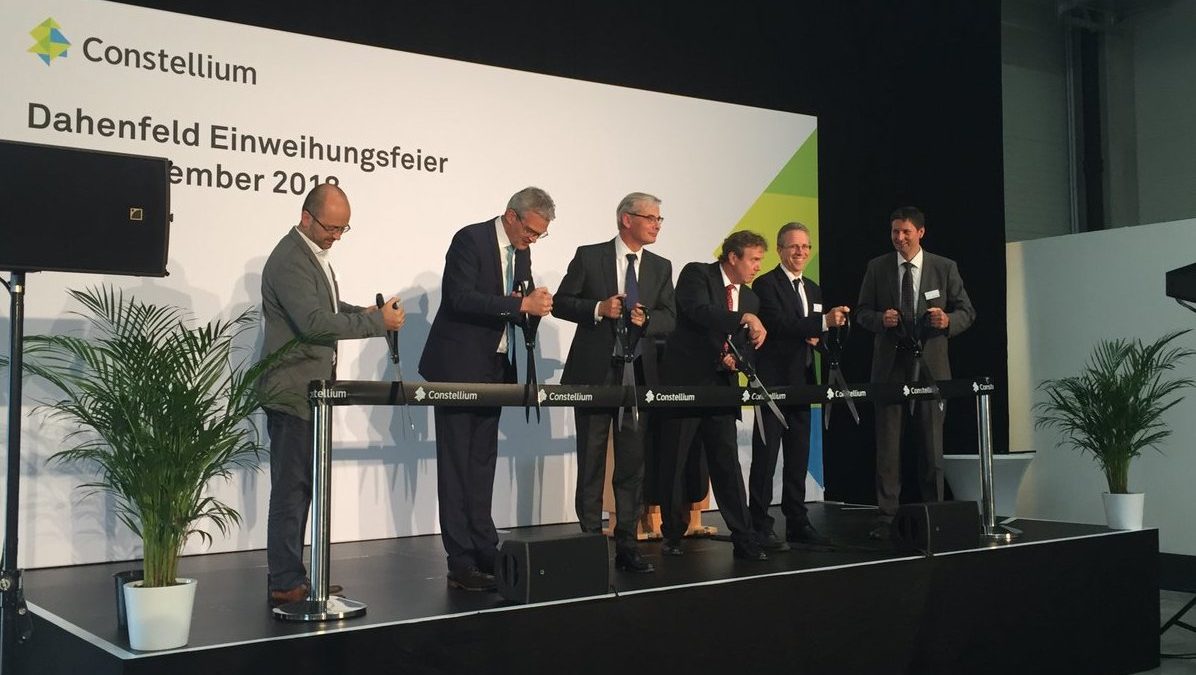 Amsterdam-based aluminium semi-products producer Constellium N.V. announced today the expansion of its operations at its Neckarsulm – Dahenfeld plant in Germany. The expansion will allow the company to increase supply of aluminium automotive structures.

The Dahenfeld production facility opened in 1998 in the heart of Germany’s automotive industry, and produces customised aluminium automotive structural components and assemblies for automakers in Europe. The plant’s additional production hall will increase the production area by 5,000 sq. m to nearly 14,000 sq. m and will be used for manufacturing a variety of components for the body structure of a premium sports car. The expansion is set to create around 30 new employment opportunities in addition to the existing 145 people working at the facility.

Constellium was created in 2011 when Apollo Management bought Rio Tinto’s Alcan Engineered Products. With 24 manufacturing sites in Europe, North & Central America and China, Constellium specialises in aluminium solutions for aerospace, packaging, and automative sectors. The company employs around 12,000 people with over a third of employees working at the company’s sites in France.

Aluminium has been transforming the automotive industry due to the advent of lightweighting methods aimed at cost-effectively reducing the weight and fuel consumption of vehicles. The demand for the light metal is set to increase further with the surge in electric vehicle manufacturing and increasingly demanding CO2 emissions targets set by national governments and the European Union. A survey of automakers conducted by Ducker Worldwide predicts that aluminium will represent 16 per cent of total vehicle weight by 2028.