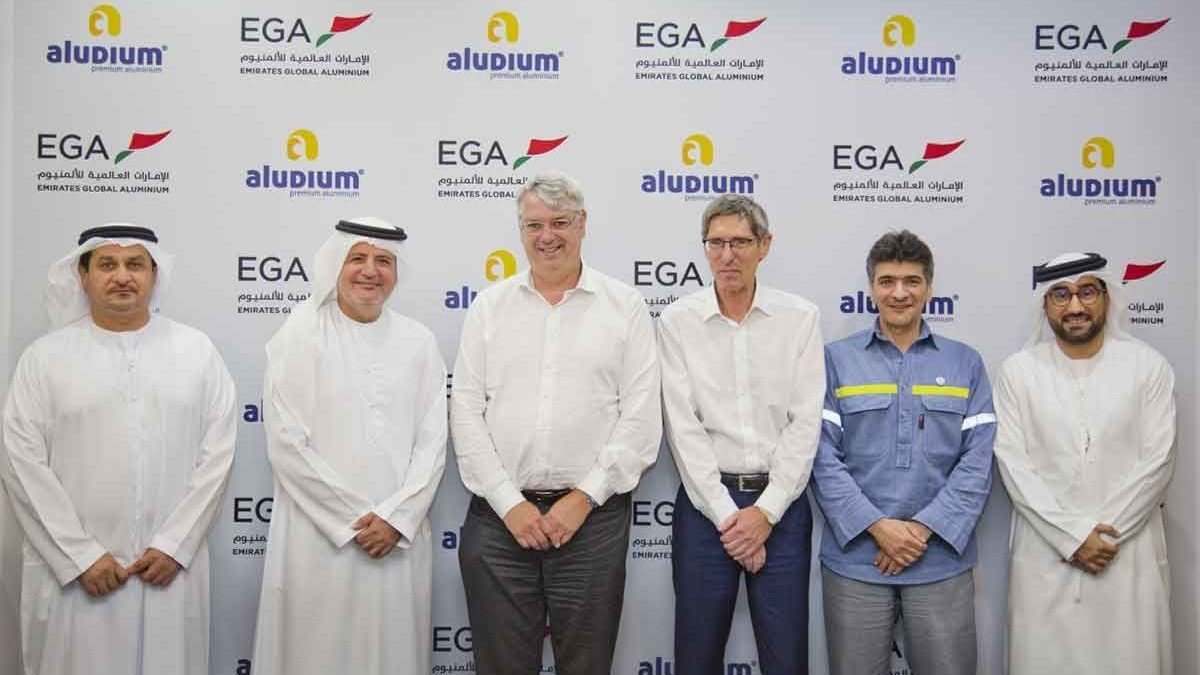 Emirates Global Aluminium and Aludium have signed a five-year agreement for rolling slabs. EGA has been supplying Aludium with the metal since 2017. The rolling slab is processed into plate, sheet and foil products and used in the automotive and packaging industries.

Signing the agreement at EGA’s Al Taweelah site in Abu Dhabi (UAE), Aludium’s CEO Arnaud De Weert pointed out that the EGA’s smelter has a secure and long-term energy and raw material base.

EGA’s Chief Marketing Officer Walid Al Attar, said: “We look forward to reliably supplying Aludium with the high-quality rolling slab they need to make their products over the years to come”.

With the capacity to produce around 400,000 tonnes of rolling slab per year at its Al Taweelah site, EGA was last year one of the world’s top producer of value-added products. Earlier this year, EGA was contemplating an IPO in the second half of 2018, but the company is now monitoring the market conditions resulting from the turmoil caused by the U.S. government’s April blacklisting of U.C. Rusal.