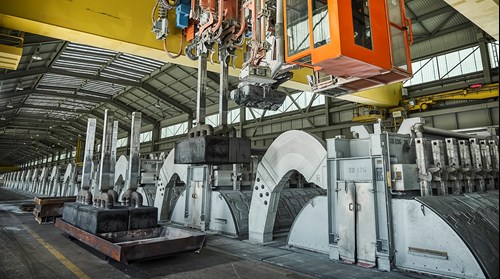 The United Arab Emirates’ aluminium conglomerate Emirates Global Aluminium (EGA) will supply almost the entirety of its production of carbon dust – a by-product of aluminium smelting – for use as alternative fuel by the UAE cement industry.

Working towards establishing a circular economy in the country, the company signed a partnership agreement with UAE cement industry to reduce waste storage and save emissions by production and transport of traditional fuels. EGA is already supplying another by-product – its spent pot lining – to UAE cement companies.

Carbon dust is generated during the process of producing anodes, large carbon blocks that are consumed during aluminium smelting. High carbon content makes carbon dust suitable for use as an alternative fuel.

The partnership will reduce enable UAE’s cement businesses to use a larger amount of this alternative fuel and rely less on coal imported from overseas. Reducing mining and long-distance transport of coal is expected to save approximately 36,000 tonnes of CO2 emissions over the next two years, the equivalent of removing 7,800 cars from the roads.

Salman Dawood Abdulla, Executive Vice President, Environment, Health, Safety, Sustainability and Business Transformation at EGA, said: “Creating a circular economy with one industry’s waste used as another industry’s feedstock makes environmental and economic sense, and we are glad to be working with the cement industry to pioneer this approach in the UAE. We will now re-use almost all the carbon dust we generate at EGA, improving the environmental performance of both aluminium smelting and cement manufacturing.”

Last year, EGA recycled over 102 thousand tonnes of waste – up from over 96 thousand tonnes in 2017. EGA was also the first Middle East headquartered company to join the Aluminium Stewardship Initiative – a non-profit standardisation and certification body in the aluminium industry. 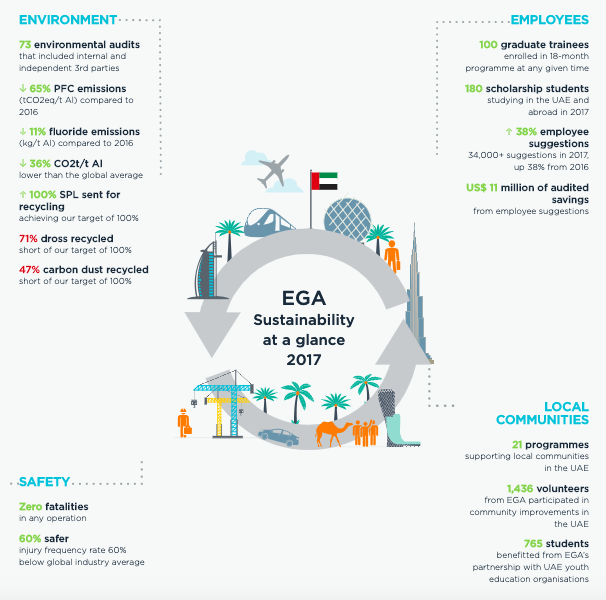