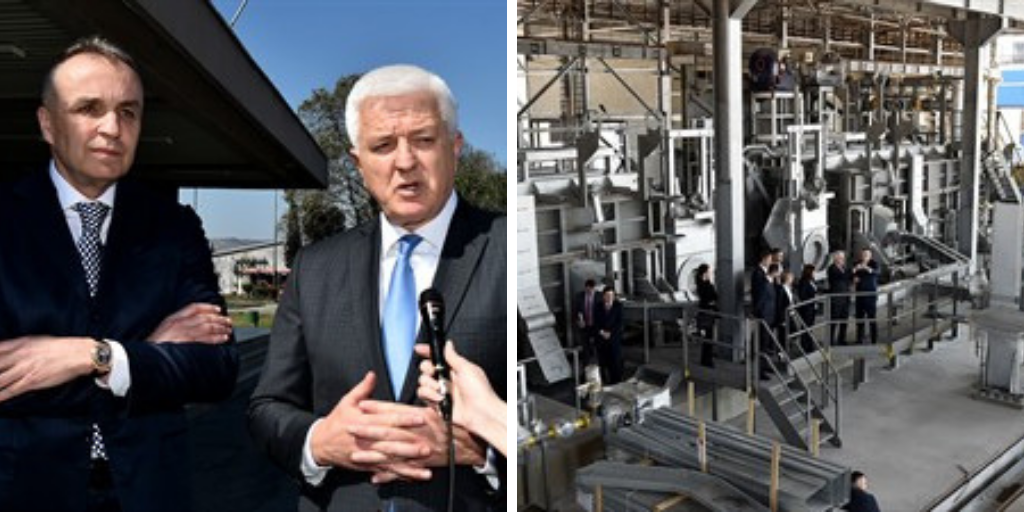 Montenegrin company Uniprom will invest 26 million euros to overhaul and modernise the aluminium smelter KAP, according to the company’s owner Veselin Pejović.

During the visit to the KAP smelter, the Montenegrin Prime Minister Duško Marković congratulated the company on finalising aluminium production and mentioned that one more new facility to produce aluminium wire and steel wire is planned for the coming year.

In addition, Uniprom has installed an LNG facility at the KAP smelter to replace fuel oil, making KAP the only Balkan-based smelter using natural liquid gas. Before the transition, KAP required 10 tonnes of oil every day, explained the owner of Uniprom.

Uniprom acquired KAP from the Montenegrin government in 2014 for 28 million euros after the smelter entered bankruptcy proceedings with an accumulated debt of 383 million euros. Uniprom is an important provider of jobs and one of the largest national exporters of the small Balkan nation. Aluminium ore and raw aluminium are Montenegro’s top exports. The country’s aluminium is exported to cast houses in the region where it is remelted for the production of higher value products.