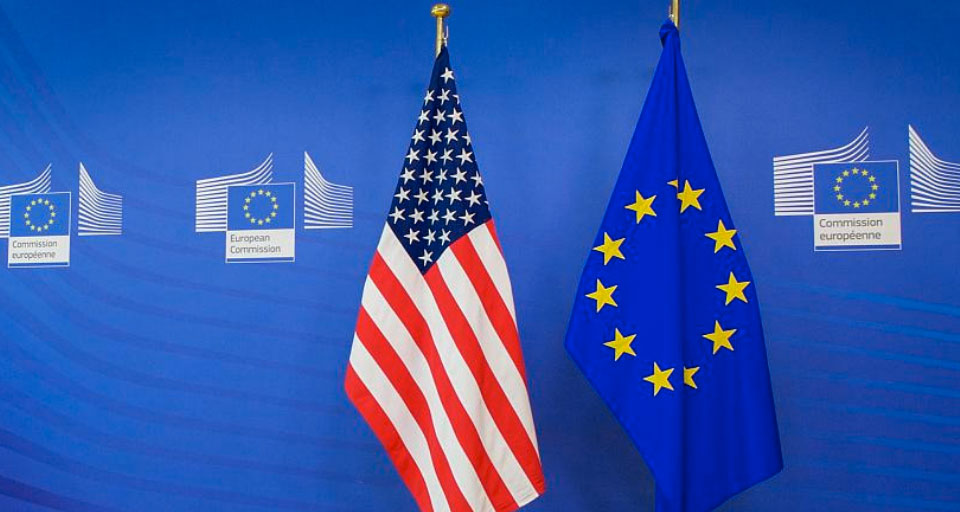 For some time now we have been following Trump’s initiatives which concern very closely the world’s aluminium system. Today the picture seems to be more defined and it is possible to provide a better interpretation of what is going on and of the possible consequences for the light metal’s industry in Europe.

The European aluminium industry during the past decades underwent a deep change which is still going on, the consumption of primary metal and the production of semis have grown, while the production of primary metal dropped, the scarcity of raw material, by now endemic, has been filled by primary imports and by the use of recycled metal. With respect to a few years ago, the roles have been reversed, semis and metal of secondary origin have grown in importance with respect to primary production, at the start of the century FACE, the Association of European aluminium consumers, already highlighted that in terms of employees the downstream segment accounted for about 90% of overall employment in the entire value chain. According to EA data referring to 2015, the European aluminium sector accounted for more than 250 thousand direct jobs, and the vast majority of these was in the sectors of downstream processing and in those of recycled metal production.

The growth of the European aluminium downstream has been driven by the transportation industry, which accounts for more than 40% of the consumption of light metal semis in Europe and represents roughly 60% of the segment’s growth; the greatest development is foreseen for rolled products, especially in the automotive industry, for extruded goods the outlook mainly concerns building and constructions, there are excellent prospects for castings, and again for the automotive industry, even though in this case it is more of a matter concerning secondary aluminium. The certain datum is that the competitiveness of the European industry of semis depends in the competing availability of primary aluminium. It is a well-known fact that with the European tariff on the raw metal the exactly opposite effect is obtained, the LUISS study carried out in 2015 had already shown that the ludicrous European tariff, from 3 to 6% on raw metal and alloys, which has remained in effect for years against every reasonable request for its elimination, caused the European downstream industry a loss of almost 15 billion euros in less than 15 years.

The EU now more than ever increasingly needs to import primary aluminium both as bars and in all other foundry formats, in alloyed and non-alloyed aluminium, because consumption is reaching the same levels as before the crisis, but the European production of primary metal dropped as from 2002 by over 1 million tons of capacity per year due to the continuous closing down of smelters. The EU’s need for primary imports by now add up to more than 5 million tons per year, 3 million of these coming from outside the EU/EFTA area.

In 2017 imports to the EU28 of raw aluminium added up to almost 6 million tons (the amount was a little more than 4.5 million tons in 2012), coming, in order, from Russia, Norway, Iceland, Arab Emirates, Mozambique, India, Egypt, Bahrain, South Africa, Bosnia Herzegovina. Russia, with over 23%, is the main supplier, its exports to the EU more than doubled in 2012 going from 0.6 to almost 1.4 million tons. Of all the other suppliers, only the Arab Emirates and India showed a significant growth during this period. Russia provides about two thirds of the rolling plates imported by the EU, it is the second producer of wire rods and primary foundry alloys widely used for wheels, billets from Rusal and Kubal cover almost 15% of the European extruders’ requirement. In most cases these are added value products and not commodities, often made according to the users’ specifications, with supply partnerships deriving from a long qualification process and hard to replace rapidly.

If all of this is topped by the fact that, as we mentioned in several articles of our magazine, Russia is the primary aluminium producer with the lower cost, especially from the energy value standpoint, it is easy to conclude that the tariff war and the sanctions are a disruptive threat for the whole of the international economy, but in our own little European system they could be a catastrophe. They could cause greater costs of raw materials, supply chain problems with such an important supplier as Rusal, loss of competitiveness on semis, greater production costs of the latter, greater costs for users and therefore loss of competitiveness of aluminium with respect to other materials in key sectors such as transportation, building and constructions, packaging, with the consequence of inevitable production cuts and hundreds of thousands of jobs lost. This scenario must be evaluated very carefully, the only ones who are happy are definitely the Chinese, the first to be able to derive advantages from this situation in the whole value chain of the light metal, from alumina to raw metal, to semis, to finished products.