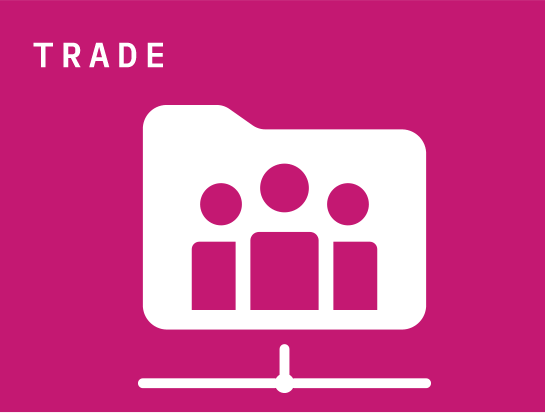 Trade fosters growth and must be supported by policies of openness decided at multilateral level. These policies need to be based on fairness, reciprocity and respect of rules.

FACE therefore supports the WTO reform, which must enable the world’s only rules-based economic system and its organisation to continue its role as a permanent forum for negotiations.

The international trading system must be characterised by legal certainty, stability, and the pre-eminence of binding multilateral rules. However, FACE further believes that special focus must be put on industrial capacity and regulating government subsidies.

The international trading system must be characterised by legal certainty, stability, and the pre-eminence of binding multilateral rules. However, FACE further believes that special focus must be put on industrial capacity and regulating government subsidies.

FACE supports the liberalisation of market access for raw materials and of environmental goods and services (EGSS) through WTO sectoral agreements, and calls all interested parties to enter into plurilateral agreements in these areas.

In line with the July 2018 European Parliament Resolution on climate diplomacy, FACE considers that the ratification and implementation of the Paris Climate Agreement should be a condition for future trade agreements negotiated by the European Union.

Trade policy is a tool that must promote competitiveness and growth, while protecting industrial policy objectives. FACE strongly believes that if EU manufacturing sectors are to be maintained, import duties on manufactured goods that protect from unfair imports should not be used as bargaining chips in trade negotiations. The zeroing of tariffs that can jeopardise the survival of EU manufacturing sectors should not be proposed in exchange for market access for EU products in other areas.

In the case of the EU aluminium industry, FACE requests that EU institutions maintain the 7,5% import tariff on aluminium products. The tariff constitutes a significant line of defence for the European downstream aluminium industry, which is responsible for 95% of the jobs in the aluminium sector in the EU. The sector is already suffering from unfair competition and artificially higher raw material costs (primary aluminium), and lowering the tariff would put its very survival at risk.

Therefore, FACE calls on the European Council and the European Commission not to include the 7,5% import tariff on aluminium products in the basket of preferential trade negotiations.

On the other hand, FACE stresses that raw materials, such as primary aluminium, are global commodities and the fuel of the world economy.

In this respect, FACE requests the urgent removal of the EU import tariff structure on alloyed and not alloyed unwrought aluminium, which seriously injure the EU downstream aluminium sector.

Essentially composed of SMEs, the downstream sector is increasingly depends upon imports of primary material to match the growth of EU consumption. At the same time, the EU’s production base of primary aluminium is undergoing a massive structural shrinking.

As a consequence, 74% of the raw material used must be imported into the EU, a gap that will widen to 80% in a not-too-distant future. The downstream sector cannot meet the single market’s upwards consumption trend by relying solely on metal produced by in the EU by global primary aluminium players. Indeed, these companies traditionally favour intra-group primary aluminium supplies, and their EU-based smelters are structurally uncompetitive. As a result, primary aluminium smelters across Europe are closing, and the import dependency gap is continually widening.