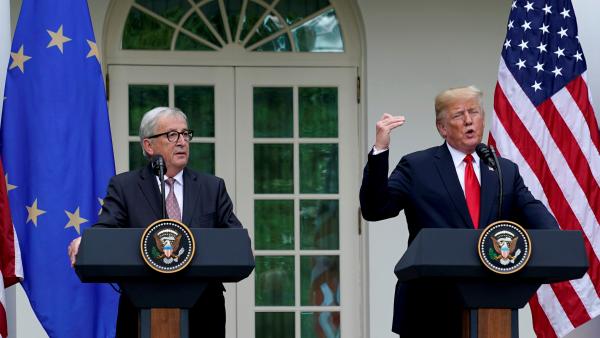 The Congressional Research Service – the think tank of the U.S. Congress – published this October a report on the effects of President Donald Trump’s tariffs on U.S. aluminium manufacturing.

In spring this year, the White House used the so-called “Section 232” provisions from the U.S. Trade Expansion Act of 1962 to impose a 10 per cent tariff on aluminium imports on national security grounds. Needless to say, metal producers were outraged. While some nations secured exemptions for all their aluminium products, most of the U.S.’ closest allies – including the EU – failed to persuade the President that their imports did not pose a security risk to the U.S. The move dovetailed with the administration’s decision to pass sanctions on UC Rusal – the world’s second largest aluminium producer – with a direct effect on supply chains across the globe.

The vast majority of analysts now agree that the national security argument was just an excuse for good old-fashioned protectionism. Notably, some Members of the Congress questioned the President’s approach to encourage domestic aluminium production and even warned of adverse effects on U.S. aluminium consumers.

Here are the key takeaways and what this means for the EU’s trade policy.

An earlier Department of Commerce investigation pointed out that the main causes of declining primary aluminium output were imports and global overcapacity (especially in China), the Congressional report highlights that comparatively high electricity costs have been an important factor negatively affecting domestic production. No smelters have been built over the past 40 years and no new installations are in the works.

With inefficient old smelters and electricity accounting for up to 40 per cent of the costs of primary unwrought aluminium, U.S. companies often choose to locate their smelters in countries with cheaper sources of energy in order to stay competitive.

The report indicates that, as a potential effect, the 10 per cent tariff may raise the price of imported aluminium and in turn stimulate domestic production reopening idle smelters. Since the beginning of the year, the average price of primary aluminium in the U.S. rose 3 per cent. However, domestic demand may also decrease if aluminium prices keep on rising, with aluminium consumers opting for more affordable materials such as steel in the automotive sector and glass in the beverage industry. Most importantly, this protectionist measure may discourage primary aluminium producers from investing in more energy-efficient technologies leading to further price increases.

Curiously, the two remaining U.S. primary aluminium producers have divergent views on Trump’s policies. While Century Aluminium is supportive of the tariff and went on to restart an idled smelting plant in Kentucky, Alcoa – with substantial overseas production – opposed the tariff and has not yet restarted any curtailed capacity. The Aluminum Association – the industry’s leading voice in the U.S. – spoke against a blanket tariff of imported aluminium underlining that such protective measures will raise costs across the aluminium chain. The report therefore notes that the Section 232 tariffs are disadvantaging downstream producers of semi-finished aluminium.

What lessons can the EU draw from the developments in the U.S.?

Firstly, increasing external barriers to trade is the least effective way of protecting domestic industries. The 2015 LUISS study highlighted how current import tariffs on aluminium are harming the competitiveness of the continent’s aluminium consumers – small- and medium-size enterprises that currently employ more than 90% of the total workforce in the EU aluminium industry. Secondly, as more aluminium smelters are closing across Europe citing high operational costs, the EU should look to fixing the bloc’s energy policy instead of constraining access to raw materials.

Only by prioritising the downstream sector – where European producers hold a significant comparative advantage and employ over 90% of the workforce – can Europe maintain a thriving and strong industrial heartland.