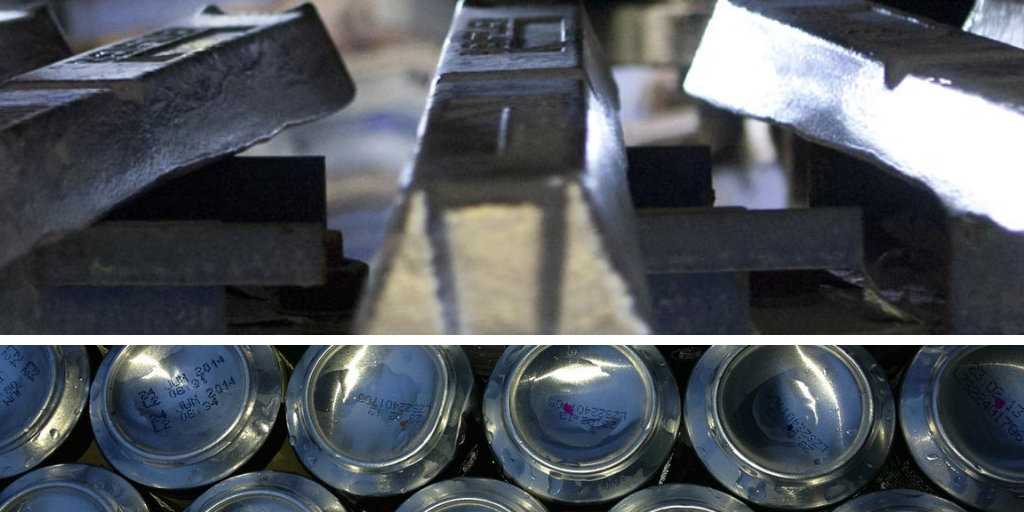 Among the latest news: in Europe, Rheinfelden Alloys signed a global licensing agreement with MNA Nikkei MC Aluminium. In the world, Indian companies are planning to focus on aluminium forging, China is nearing is capacity ceiling, and more companies get ASI-certified.

The agreement combines the high production capacity and international sales network of NMA Nikkei MC with the specialist know-how of Rheinfelden Alloys https://t.co/QtQBEiI3dt

India’s leading automotive component manufacturers are investing in in-house aluminium forging. The automotive parts industry in India is beginning to make the move to lightweight technology to help their end-users prepare for stricter emission norms and EV transition. “Aluminium forging is of course very new to India and it hasn’t seen many material players so far, but the transition is happening now even at a premium vehicle levels,” explained Jinesh Gandhi – Head of Research at market analysis firm Motilal Oswal.

Aluminium sales by Indian producers went down by 20.8 per cent in the last quarter despite growing domestic demand. Overall imports and scrap imports witnessed a spike of eight per cent, which is worrying domestic producers fearing losing their markets share at the time of falling aluminium prices. India’s primary aluminium producers unsuccessfully lobbied the government to increase import duties, but the government sided with the interests of the downstream sector keeping the import duties unchanged.

Disruptions in aluminium supply-side in China pushed up the prices to their highest on the Shanghai Futures Exchange since last September. The development comes after Xinfa Group closed a 500K tonnes per year aluminium smelting plant for at least three months due to an accident earlier in the month. According to ING, Hongqiao suspend around 600K tonnes per annum capacity, which could shift Chinese market from surplus to deficit slowing, in turn, China’s semis exports.

The Chinese aluminium industry is predicted to reach its capacity ceiling of around 45 million tonnes by 2022-2023 due to recent capacity-swapping policies, according to analysis by Fitch Ratings. The capacity swaps policy – part of China’s efforts to curb domestic aluminium capacity – allows construction of new facilities to replace existing facilities’ capacity by an equal or lower amount. The capacity ceiling could lead to an increase in spending in upstream alumina and downstream semi-finished products – prompting higher production rising exports – underlines the report.

Australian miner South32 reported a higher-than-expected 25 per cent drop in yearly profit. The company blamed the escalation of the trade war between China and the U.S. for lower aluminium prices. The miner is also looking to sell its energy coal business in South Africa due to investor pressure and climate change concerns. South32 seeks to follow in the footsteps of Rio Tinto to limit its exposure to fossil fuels. “Ethical investors continue to vote with their feet on a number of issues and I am sure South32 is mindful of that,” explained Damian Rooney – director of equity sales at Argonaut.

The U.S. Court of International Trade decided to uphold anti-dumping and countervailing duty orders on certain aluminium foil from China. Chinese producers sought to overturn the U.S. Commerce Department’s duties focusing on five aspects of the initial decision, including the use of South Africa as the primary surrogate country in the case. The Aluminium Association welcomed the affirmation of duties, saying that its members were “committed to trade enforcement as a tool to address the symptoms of persistent Chinese overcapacity in the aluminium industry, which is impacting the entire value chain.”

A group of retired engineers is working on a DIY project which could disrupt the global aluminium recycling market, reports E&T. The engineers are building an environmental friendly hydrogen reactor that will produce aluminium oxide and heat as by-products. The innovative zero-carbon aluminium hydroxide reactor could help recover the value of aluminium rubbish that has so far been under-valued within the global energy value chain, according to the group.

Novelis To Increase Scrap Material Use Can Packaging

Novelis – one of the world’s leading producers of aluminium beverage can sheet and the world’s largest recycler of used cans – plans to increase the amount of scrap it uses as part of its goal of bringing lightweight solutions into sustainable applications. The company recycles over 70 billion used beverage cans every year serving brands such as Coca-Cola, Crown, Ball Corporation, Ardagh Group, Can Pack and ABInBev.

Aluminium Stewardship Initiatives certified last week Hydro Aluminium Primary Metal operations and Xianmen Xiashun Aluminium Foil against ASI Chain of Custody Standard. Hydro now has the longest unbroken chain of ASI Chain of Custody and Performance Standard Certified entities, from bauxite and alumina, through primary and secondary aluminium production and beyond to its Rolled Products operations. Xiamen Xiashun – with its certification of remelting/refining and casting operations – becomes the first of ASI’s China-based members to be able to offer their customers ASI Aluminium.