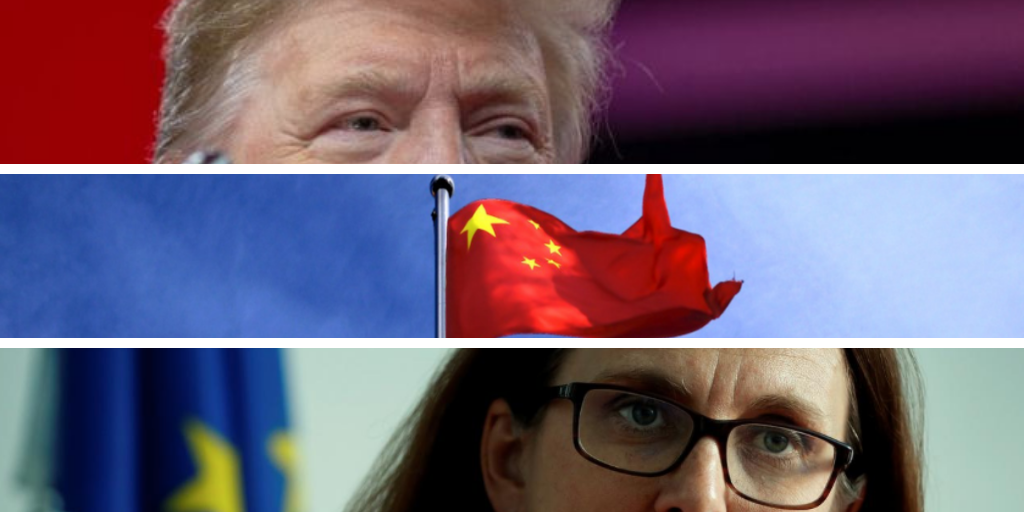 Among the latest news: in Europe, the EU Commission seeks concessions from Novelis in its deal to acquire Aleris, UK’s aluminium industry is worried about a no-deal Brexit, two Alcoa plants in Spain are sold to a Swiss investment firm, and Bulgaria’s Alcomet and Austria’s AMAG publish their first half-year results. In the world, India’s top aluminium producer Vedanta plans to boost its exports, Canada is spending millions to support its aluminium industry, and Trump’s new tariffs on Chinese goods could redirect Chinese aluminium to Europe.

The European Commission is asking Novelis to offer concessions by August 9 if it wants its takeover of aluminium processor Aleris approved. DG Competition is conducting an investigation into the proposed acquisition following concern that the deal could lead to weaker competition in the supply of various semi-finished aluminium products and eventually disadvantage industrial consumers in the EU. According to sources, Novelis could commit to increasing capacity and adding jobs at the Aleris plant in Belgium to allay concerns that capacity may be curtailed to increase prices.

Alcoa finalised the sale of the Avilés and La Coruña plants in Spain to Swiss private-equity investor PARTER Capital Group for an undisclosed amount. The new owner promised to keep the current workforce of 630 workers for at least 24 months and plans to implement reindustrialisation projects for the smelters, potentially bringing back online the curtailed smelting capacity. The Spanish government had previously criticised Alcoa’s lack of investment. Alcoa still owns the San Ciprián aluminium smelter that it recently certified against ASI’s Performance Standard for responsible production.

Bulgaria’s aluminium rolled and extrusions producer Alcomet published first half-year results showing a decrease in sales and revenue. Alcomet’s non-consolidated net profit fell to 2.8 million euros in the first half of this year compared to 4.1 million euros in the same period in 2018. The company’s sales volumes declined by 3 per cent compared to last year. Alcomet is one of the major aluminium producers in the Balkans and exports almost the entirety of its output to other EU countries.

Alcomet is one of the major aluminium producers in the Balkans https://t.co/YmUjb3HWEY

AMAG Austria Metall AG – the biggest company in the Austrian aluminium sector – published its H1 2019 results showing growth in shipments, but also a 42 per cent drop in earnings attributed to lower aluminium prices. The company’s total shipments are up 10 per cent year-on-year, while its revenue is only up 3 per cent. AMAG says the market is experiencing a growth in demand for primary aluminium and aluminium rolled products even if trade tensions and the increasing slowdown in the global economy are threatening further growth in demand.

The UK Aluminium Federation  – ALFED – warned about the dangers of a no-deal Brexit saying that such outcome would severely disrupt existing supply chains. Alfed’s members have strong trading links with Europe including for processing steps in the aluminium supply chain. “In many areas, businesses do not yet know the trading conditions they will be operating in and smaller companies are already experiencing cash flow problems in the face of this uncertainty,” said Alfed CEO Tom Jones.

Dr. Stuart Wiesner was appointed Managing Director of Rheinfelden Alloys on 30 July. Dr. Wiesner joined Rheinfelden Aluminium in 2014 as department head for Product and Business Development at Rheinfelden Alloys expanding the company’s portfolio of innovative aluminium alloys. He studied mechanical engineering followed by joining and welding technology, writing his thesis on the “Economical manufacturing of weldable aluminium die casts.” Dr. Wiesner succeeds Hilmer Kirschner, who is leaving the company at his own request.

Vedanta To Increase Its Aluminium Exports

Despite rising aluminium imports in India, the country’s top aluminium producer plans to increase its exports of the metal. Vedanta will seek to ship over half of its aluminium production to international markets. The firm has been increasing sales to Europe and identified the EU as one of its focus markets while also seeking to boost its downstream and value-added offerings.

The federal government of Canada has spent nearly $200 million to support its steel and aluminium producers and manufacturers in an effort to spur innovation. The funds have been distributed through its Strategic Innovation Fund created in 2017. The government plans to spend about $2 billion in total. Some experts warned against this current policy saying that instead of promoting innovating the fund serves to subsidise ailing industries.

Vietnam’s aluminium profile manufacturers from the north formed an association to represent their interests. The initiative follows the conclusion of the EU-Vietnam Free Trade Agreement. Vietnam’s current aluminium exports to the EU make up five per cent of Europe’s total aluminium imports according to the Vice Chairman and Secretary of the Association Vu Van Phu. The new FTA will eliminate 99 per cent of tariffs on Vietnamese exports with the tariff on Vietnamese aluminium exports to the EU to be reduced to zero per cent within eight years.

Aluminium prices are hitting new lows due to concerns over weak consumption. LME price of aluminium dropped for to its lowest mark since July 3. “People are getting a bit nervous about the demand side and seasonally this is also weak period for global industrial demand,” commented Colin Hamilton, director of commodities research at BMO Capital.

“People are getting a bit nervous about the demand side and seasonally this is also weak period for global #industrial demand,” said Colin Hamilton at @BMO Capital.#Aluminium hits one-month low on global demand worries#metals https://t.co/6iGvihuviF pic.twitter.com/TEJ6J08T41

Alumina prices in China and the West collapsed to their lowest levels in two years, heralding bad news for the global aluminium market, writes Reuters’ columnist Andy Home. While Norsk Hydro’s Alunorte is ramping up capacity after the lifting of embargoes, Chinese producers are willingly cutting output to try to support prices. The current volatility of the alumina prices could further hit global smelter profitability.

The U.S. could target almost the entirety of Chinese imports with a 10 per cent tariff from September. The proposed tariffs include previously excluded metals such as primary and secondary aluminium. While the U.S. already taxes Chinese aluminium imports under Section 232 tariffs, this would represent an additional tax with repercussions felt in Europe. Chinese producers could divert their aluminium towards other markets as they did with steel.