Aluminium in Europe Newsletter: May 7-13 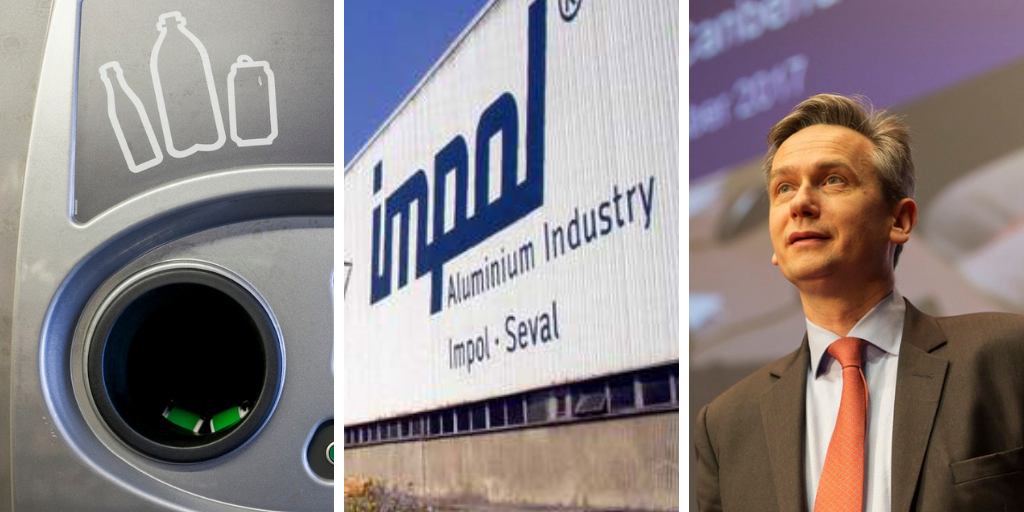 Among the latest main news: Rio Tinto is redirecting its aluminium to Europe, Balkan’s aluminium industry is expanding, Hydro’s has a new chief and vision. In the world, Indian aluminium manufacturers to focus on value-added products, Australia is strengthening its position on the bauxite market, and Americans are facing the costs of Trump’s tariffs on aluminium and steel.

As demand is slowing down in the U.S., Rio Tinto started sending more aluminium to Europe, according to chief Jean-Sébastien Jacques. The main drives behind the change is the escalating trade war between the U.S. and China. “We are shifting some of our product from Canada to Europe, because there is some business case for it… or some other markets like Japan,” said Jacques.

Slovenian aluminium products manufacturer Impol launched a 6.5 million euro production line at its subsidiary TLM in the coastal town of Šibenik in Croatia. The new line will produce aluminium sheets for the automotive and aerospace industries.

The Aluminium Stewardship Initiative (ASI) certified Hydro’s Aluminium Extruded Solutions’s plants at Bellenberg (Germany) and Lichtervelde (Belgium) to the its Performance Standards. Hydro now has a total of 9 certified operations, including a joint venture – Alunorf – with Novelis. The certifications come at the time when Hydro’s new chief Hilde Merete Aasheim called on the company to multiply its efforts to become leaders of sustainable aluminium products.

Rio Tinto’s Amrun project is expected to be the main driver behind Australia’s leadership in the global bauxite sector, according to Fitch Solutions. “While bauxite accounts for less than 5% of Australian mining value, the country is the global top producer, accounting for an estimated 28.8% of total global output as of 2018,” reports Fitch. China is expected to remain Australia’s main bauxite consumer.

Aluminum Association Releases Its Vision For Competitive US Aluminium Industry

The U.S. Aluminum Association released a new policy paper – “The Aluminium Agenda” – setting out its long-term vision on how to achieve a sustainable and competitive U.S. aluminium industry. The association focuses on five key areas – trade, environment, infrastructure, energy, and workforce – highlighting the importance of continued investment into the industry and the need to tackle Chinese overcapacity to enable fair and free trade of the light metal.

Rising production costs and falling aluminium prices are pushing Indian aluminium manufactures to pay more attention increasing their value-added product range, opined Nalco’s managing director and chair Tapan Kumar Chand. According to Chand, value-added products will help domestic producers to shore up their margins at the time when aluminium prices have dropped 5 per cent so far this year and are expected to fall further.

Hindalco Industries, Ball Beverage Packaging and Can-Pack India launched the Aluminium Beverages Can Association of India (ABCAI) – a new platform to raise awareness of the benefits of aluminium beverage can use. Currently, aluminium cans represent only 5 per cent of India’s beverage packaging. “We aim to convert one in every four beverage packages in India to aluminium by 2030,” stated ABCAI.

American rolled aluminium company Aleris published its results for the first quarter of the year showing a strong performance in shipments. Aleris’s performance was still not enough to achieve profitability. The company will focus on the growing demand in aerospace aluminium while it expects European automotive and heat exchanger end-uses to show signs of softness.

US consumers and businesses – and not foreign companies – are paying the price of Trump’s tariffs on imported steel and aluminium, according to new research by the Peterson Institute for International Economics. American companies that buy foreign metals are either absorbing higher costs or passing them onto consumers with motor companies claiming that the tariffs have cost them billions of dollars.

Trump tariffs: it's American companies and consumers who pay the price, not other countries https://t.co/xcZCz1InFz